The European Union's top court ruled on Monday that Belgium can continue to run two aging nuclear reactors, despite breaking EU law by not carrying out the necessary environmental audits.

By failing to carry out the environmental assessments before prolonging the life of Doel 1 and 2 nuclear reactors near the northern port city of Antwerp, Belgium infringed EU law, the court ruled.

However, the plants could stay open provisionally, the European Court of Justice (ECJ) said: "Where there is a genuine and serious threat of an interruption to electricity supply."

More than half of Belgium's electricity is generated by nuclear power with reactors in Doel and in Tihange, in the east, near the border with Germany. But a 2003 law says the country's last reactor must shut down by December 1, 2025.

The grid operator Elia has warned of a "serious crisis" if the government doesn't act to fill gaps in production. Despite recent technical hitches, some think Belgium has no choice but to keep its nuclear plants running.

In recent years, reactors at both the Doel power station near Antwerp (pictured above) and the Tihange plant near Liège have been shut down temporarily because inspectors found tiny cracks caused by hydrogen flakes. During one period last autumn, six of Belgium's seven reactors were down at the same time.

Nuclear power always carries risks, including the potential for leakage and cyber attacks, according to Sara Van Dyck from BBL, a Belgian environmental NGO. She says Belgium's two nuclear plants "were designed in other times with other security standards." The reactors all started production between 1975 and 1985. 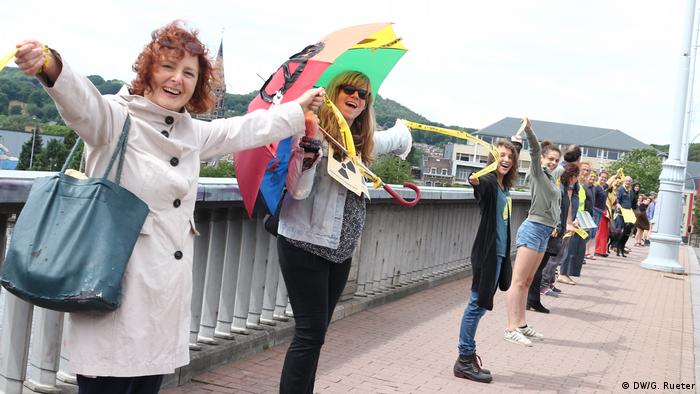 The problems have attracted protest. In 2017, tens of thousands of anti-nuclear demonstrators formed a human chain stretching from Tihange to the nearby Dutch city of Maastricht and the German city of Aachen. The Antwerp-based "elf Maart Beweging" (March 11 Movement)," named after Japan's Fukushima nuclear disaster of March 11, 2011, says keeping the Doel plant running is tantamount to playing "Russian roulette with Antwerp." Doel has more people living in the vicinity of a nuclear plant than anywhere else in Europe — 9 million within 75 kilometers (46 miles).

Bert Wollants, an MP for the Flemish nationalist N-VA party, is campaigning to postpone the 2025 deadline until 2065. He says that any gas-fired power plants built to replace the old nuclear reactors would produce more greenhouse gas emissions, at the same time as the government is "asking people and businesses to reduce their emissions of CO2." However, public opinion is divided: a poll from last year shows a majority of Belgians want to stick to the 2025 deadline.

Wollants would like to extend the lifespan of Belgium's two newest nuclear reactors: Doel 4 and Tihange 3. He trusts Belgium's nuclear safety authorities to ensure the plants' security. 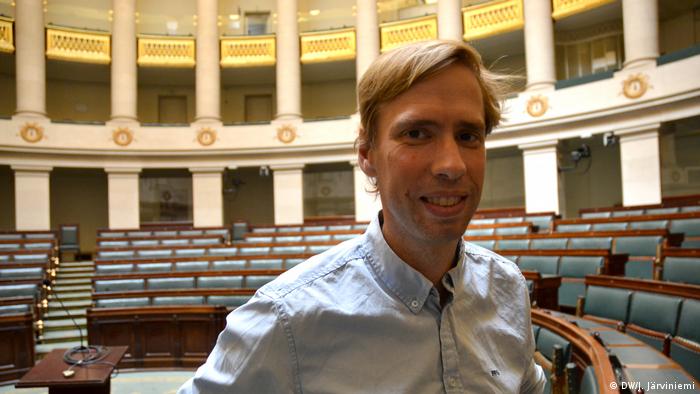 Before this spring's federal elections, only N-VA and the far-right Vlaams Belang party were campaigning to extend nuclear energy beyond 2025. Any extension would need to be approved by the Belgian national parliament, where the two parties are well short of a majority. Wollants is hoping the sheer cost of the transition to alternative energies will persuade other parties to come on side.

Sticking to the deadline

In 2013 and again in 2015, Belgium granted 10 more years' running time to three reactors that were due to close. The original plan was to phase out nuclear power over a 10-year period, between 2015 and 2025. With the recent extensions, however, the first reactor isn't scheduled to close until 2022.

That leaves just three years to jump from seven reactors down to zero. According to Van Dyck, the uncertainty over nuclear's future has driven away investors in alternative energy sources.

Belgium has already invested heavily in solar panels. It is now trying to attract investment in gas-fired power stations and more wind farms. In May, a Luxembourg-based firm, supported by Qatari money, announced plans to invest €2.5 billion ($2.8 billion) in four gas plants it intends to build in Belgium by 2025.

Van Dyck says any Belgian subsidies for energy production should be directed toward climate-friendly solutions. She believes Belgium can stick to its looming 2025 deadline: "It will be difficult, but it's possible."

What all sides can agree on is that Belgium must make a decision, one way or another. Following the national elections in May, the country still doesn't have a new government, and can't afford to skirt the issue.