An activist alliance has pressed charges against the Belgian state and the nuclear plants Tihange and Doel. The move comes amid growing fears of a serious nuclear accident among nearby residents in three countries. 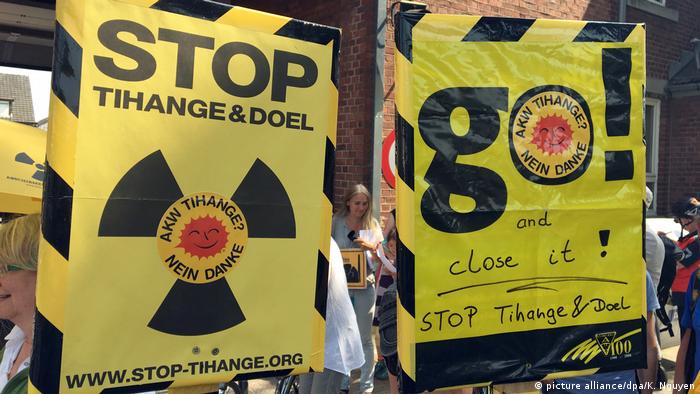 Anti-nuclear initiatives from Belgium, Germany and the Netherlands on Saturday filed charges against the Belgian government and the operators of the Belgian nuclear plants Doel and Tihange, saying that aging reactors at the facilities posed a grave threat to safety.

Hundreds of people turned out in the Belgian towns of Eupen, Tongeren and Namur while the complaints were delivered to police in all three places by the trinational "Stop Tihange" alliance.

The Tihange plant is located just 60 kilometers (37 miles) from the border where all three countries meet, while the Doel plant is near the Belgian port city of Antwerp, next to the Dutch border.

Residents who live in areas near the reactors, including those across the border in Germany and the Netherlands, have serious safety concerns, particularly with regard to micro-cracking that has appeared in high-pressure boilers.  Both plants have also experienced shutdowns in recent years owing to various incidents. 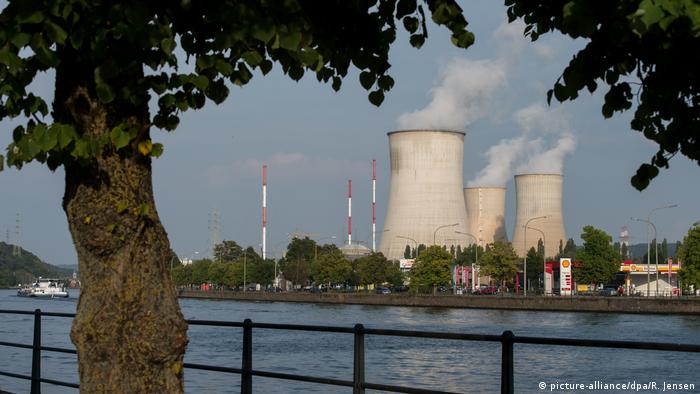 The Tihange plant is located on the River Meuse

Belgium's nuclear safety agency (AFCN) and the operator of the plants, Electrabel, say that the cracking has "absolutely no negative influence on the safety of the reactors."

In September last year, the German city of Aachen, just 70 kilometers from Tihange, began offering free iodine tablets in advance in case there was a major accident at the plant.

About half of Belgium's power is supplied by nuclear energy from the country's seven operating reactors, four at Doel and three at Tihange.

The Belgian government confirmed at the start of April that all seven would be shut down by 2025, but the largest party in the parliament, the conservative and separatist New Flemish Alliance (N-VA), remains opposed to the move.

The troubled nuclear reactor, close to the city of Liege, has been shut down after a motor failure. Neighboring countries, including Germany, have called for the permanent closure of the ageing plant. (11.06.2016)