Belgium has accused French authorities of a slow response to a leak at a French sugar beet refinery. Large amounts of beat pulp leaked into the river, prompting a frantic attempt by Belgian authorities to save the fish. 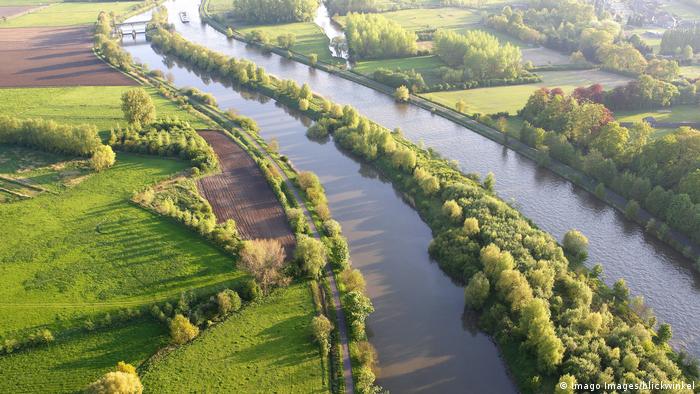 Regional governments in Belgium have accused France of not properly warning them of a leak at a sugar beet refinery, one they say killed numerous fish in the Schledt river.

Wallonia, Belgium's French speaking region, said 50-70 tons of fish died in its territory along a 36-kilometer (22-mile) stretch of the river, which flows through Belgium all the way to the port city of Antwerp.

French sugar maker Tereos said a leak had been found on April 9 at its factory in the northern French town of Escadouvres, which led to sugar beet pulp spilling into a tributary of the Schledt. Beet residues are rich in organic matter that can lower oxygen levels in rivers.

While French authorities deployed oxygen pumps, those in Wallonia had little time to act. According to the English-language news outlet Brussels Times, the damage could take two to three years to mend. The regional government has accused France of not properly informing it of the disaster.

"Wallonia was not warned by France. It is important to understand why and above all, do things differently in the future," Wallonia Environment Minister Celine Tellier told the Reuters news agency.

"There are international warning systems for this kind of case, which France did not use. It is incomprehensible," she told Flemish parliament's environment committee this week, according to the Brussels Times.

Mayor Paul-Olivier Delannois of Tourney, a town in southern Belgium, sent a letter to French President Emmanuel Macron regarding the incident.

"France had the information available for some time and did not transmit it and that is unacceptable," he said.

Tereos said there is no connection between the dead fish in Belgium and the leak at its facility. The sugar refiner said the rinsing water leak was repaired on April 10 and the water quality was back to normal three days later.

"At this stage, it is impossible to establish a proven casual link between the incident at Escaudoeuvres in France and what is reported from the situation in Belgium with large-scale fish mortality," the company told Reuters in an email statement.

Sweden: fish in the basement