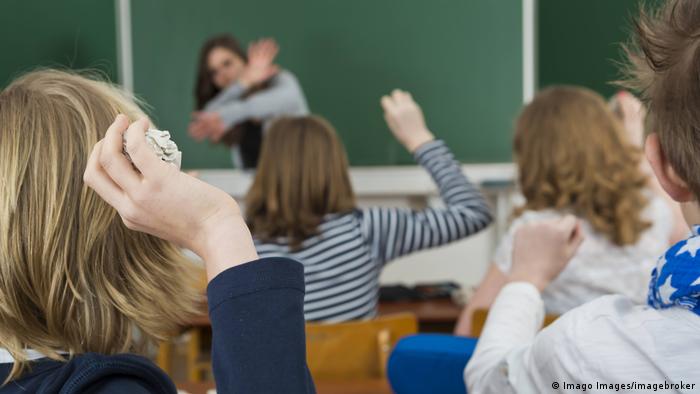 A Belgian elementary schoolteacher has been suspended for showing a caricature of the Prophet Muhammad while discussing the beheading of a French teacher who had used the same image, local media reported Friday.

The unnamed teacher, who works for Ecole No11 — Aux Sources du Gai Savoir, based in Brussels' Molenbeek district, was teaching pupils aged between 10 and 11.

Local media said the teacher gave students the opportunity to look down as they were shown one of the cartoons previously published by the French satirical magazine Charlie Hebdo.

The newspaper Derniere Heure reported that the education authorities have launched disciplinary proceedings against the teacher.

A spokesperson for the Molenbeek's mayor said the punitive action was taken due to the explicit nature of the cartoon and not specifically because caricature of Islam's founder was shown.

"Our decision is uniquely based on the fact that these are obscene images. If it had not been of the Prophet we would have done the same thing," the spokesman said, adding that several of the children's parents had complained.

The cartoon shows the Prophet Muhammad naked, with genitals exposed, while on all fours.

Politicians hit out at decision

The suspension was quickly denounced by Belgian politicians, including Theo Francken from the nationalist New Flemish Alliance, who said on Twitter that the decision was "shocking."

Belgian senator Georges Bouchez wrote: "I hope this information is not correct. If this is true, it would be simply unacceptable and intolerable. Freedom of expression is not negotiable!"

Neighboring France remains in shock following the beheading of teacher Samuel Paty on October 16 in a town near Paris by a Chechen radical Islamist.

Paty had been targeted by some angry parents after he showed the cartoon during a class on freedom of expression.

On Thursday, three people were killed in a knife attack in the southern city of Nice, again blamed on Islamist terrorism.

Some Muslims regard any image of the prophet as blasphemous and a caricature as an offense against their faith. French law is strictly secular and religious belief receives no special protection.

The magazine that originally published the images, Charlie Hebdo, was the target of an extremist attack in 2015 that killed 12 people.

His comments were denounced across the Muslim world, with protests and calls to boycott French products.

Neighbouring Belgium has, like France, seen a number of attacks in recent years.

Molenbeek, which has a large Muslim population, has become notorious as a radical hotbed.