The pigeon, New Kim, was acquired by a wealthy Chinese buyer. Pigeon racing is an age-old working class hobby rooted in Belgian and Dutch life that has gained popularity in Asia as a gambling activity. 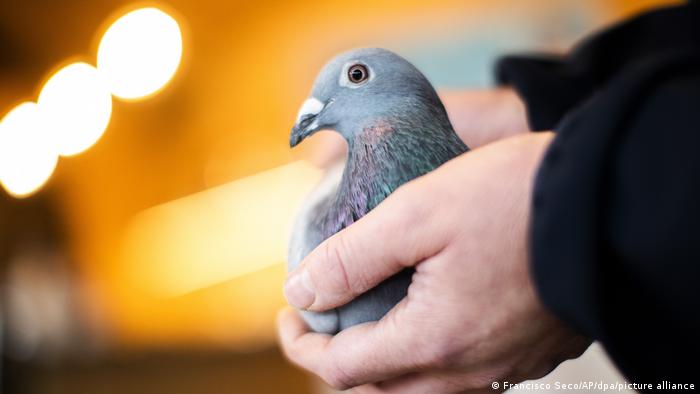 She was trained by father and son Gaston and Kurt Van De Wouwer at their facility in Berlaar, near the city of Antwerp.

"I believe it's a world record, there has never been an officially documented sale at such a price," PIPA chairman Nikolaas Gyselbrecht told AFP. "I didn't think we could reach that amount."

Pigeon racing is an age-old hobby rooted in Belgian and Dutch life, identified with working-class men, whose tradition spread over to northern France.

Belgium leads the world in the output of pigeons for the sport, counting 20,000 breeders for racing birds destined to take part in major competitions.

The sport had been considered in decline and a decade ago, the record price for a pigeon stood at one-tenth of New Kim's price. But a rise of business wealth in China has been followed by rising demand for gambling. Pigeon racing has become a hobby in China, which often features one-loft racing.

Pigeons are housed in one coop for months and then released many hundreds of miles away to make their way back with their unique sense of orientation and special speed training. Prize pots can reach into the tens of millions of euros. 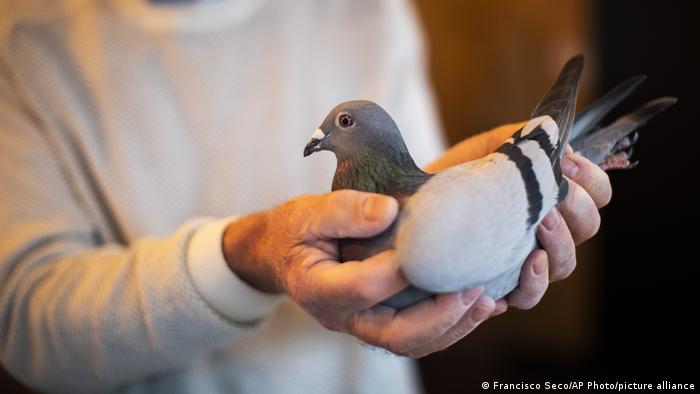 New Kim was acquired by an unknown Chinese buyer

A two-week auction at the PIPA pigeon center ended with a frantic last half hour, as two Chinese bidders under the pseudonyms Super Duper and Hitman drove up the price beyond the €1.25 million record set last year with the sale of Belgian-bred pigeon Armando.

Super Duper, who is said to be a wealthy Chinese industrialist with a passion for pigeon racing, prevailed. The buyer was the same that acquired Armando, leading auctioneers to believe that they two birds will ultimately be bred.

Despite the new interest from wealthy Asian buyers and lucrative sales, Belgium has seen a decline in breeders, due to the labor intensity of the job. The pigeons require considerable attention every day of the year.

After WWII, there were over 250,000 members in the pigeon fancier federation, Pascal Bodengien, head of the organization, told The Associated Press. Now there are only 18,000.

"To be the best, it has to be your life's work. For some, it may seem boring. Day in, day out. Winter and summer, always those pigeons." Bodengien said.

A speed camera in the small German town of Bocholt caught a pigeon swooping past well above the limit in a 30 kilometer-per-hour zone. The incident didn't ruffle enough feathers to warrant a major investigation.