Pigeons and doves often symbolize love, peace and reconciliation in art. But they're no longer welcome at Cologne Cathedral because of their destructive droppings. 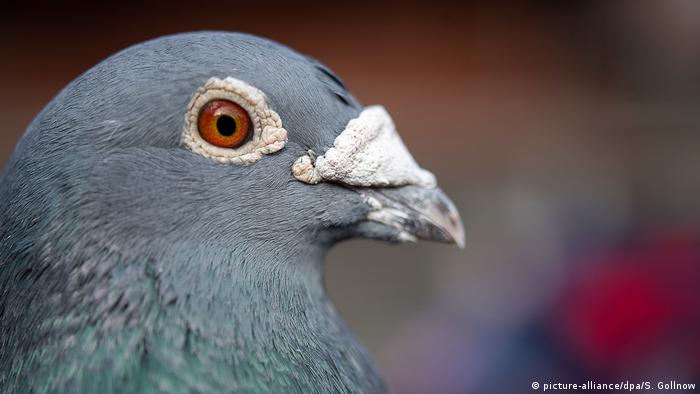 Cologne's historic cathedral along the Rhine River is using birds of prey to scare off pigeons that are threatening the fragile structure with their acidic feces.

Pigeon feces' acid content "accelerates the deterioration of the building's structure," said Peter Füssenich, the architect currently leading construction works for the cathedral. The excrement is "also an ideal breeding ground for parasites."

The cathedral has already secured many areas with protective nets and spikes, but there are also special areas dedicated to providing nesting places for the pigeons.

"On the one hand, these coordinated measures should keep pigeons away from many parts of the building, on the other hand they carefully take into account the requirements of animal protection," said Füssenich. 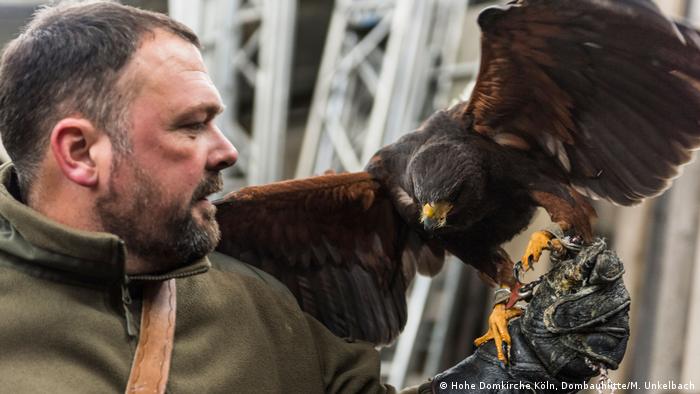 Birds of prey have defended Cologne Cathedral from pigeons and their hazardous droppings since 1979, when the late Claus Doering put two peregrine falcons called Agrippina and Arnold into service.

While many descendants have followed in their steps, the cathedral's north tower where the falcons usually nest is now up for restoration work and the falcons have been moved to Cologne's Great St. Martin Church.

To push the pigeons out, professional falconer Marco Wahl has his birds of prey circle over the cathedral every four to five weeks.

He said this was "a gentle and natural method of sustainably fending off pigeons."

"The mere presence of a bird of prey threatens pigeons and other wild birds," Wahl said. "The repeated appearance of a raptor eventually prompts them to find a new residence."

No risk to humans

Wahl said the defensive measure posted no threat to humans.

"The birds are stress-resistant animals that have been accustomed to large crowds of people since they were young," said Wahl. "So they don't let the hustle and bustle of the big city disrupt their calm and they don't present any danger to passers-by."

Cologne Cathedral is not the only place using Wahl's falcons as a means of animal control.

Wahl, who runs a falconry at the Niederfischbach Zoo, some 90 kilometers (56 miles) east of Cologne, also works in bird control at Cologne/Bonn Airport to prevent aircraft bird strikes.

In the course of its history Cologne's majestic cathedral has repeatedly been used for political and commercial ends. The documentary shows how the gentle giant has always retained its dignity. (06.02.2018)