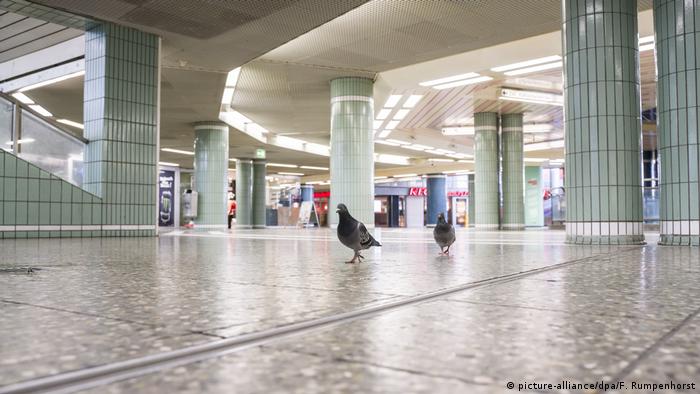 A German animal rights charity on Tuesday called for a campaign to save pigeons from starvation during the coronavirus pandemic.

The Bonn-based German Animal Welfare Association has warned that while the nationwide lockdown may have cleared the country's city centers of humans, thousands of pigeons are not self-isolating but are struggling to find enough food.

The birds, which normally feast on tiny leftovers dropped by residents leaving cafes and takeaways, are now going hungry.

Leonie Weltgen, the charity's specialist for species protection, told the Express newspaper that thousands of pigeons could die unnecessarily.

"Pigeons are very loyal to their local habitat. They will not leave the city centers and will starve to death if they are not provided with food soon," she told the paper.

"Since it is the breeding season, many young animals will die in their nests if parents can no longer feed them."

Weltgen has called for feeding points to be set up to ensure the birds can continue to feed on corn, grain or seed. She says animal rights activists and other volunteers could distribute the food.

Weltgen acknowledged that several German cities have trouble controlling the pigeon population but said it was important not to let the birds die painfully.

"The ancestors of the city pigeons were once bred by humans, so we have a special responsibility for these animals."