Activists in Brest are protesting a new lead-acid battery factory out of pollution and health fears. They've demanded answers from President Lukashenko, who's involved in other ways. Juri Rescheto reports from Belarus. 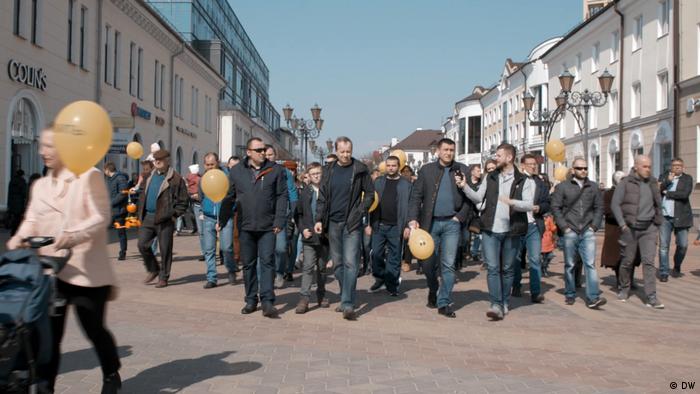 Some 500 people have gathered in downtown Brest. They are carrying yellow balloons with the word "life" printed on them. That's what they are fighting for: long and healthy lives. Lives free of cancer.

These people fear their health is in danger. For months now, they have been vehemently protesting a factory that has been built near their town, which lies in the southwest corner of Belarus on the border with Poland. The factory will make vehicle batteries that contain highly toxic lead, and it hopes to churn out some two million a year. Activists say the factory does not adhere to environmental standards and could cause a catastrophe.

The balloon-bearing group isn't officially a protest though, admits Julia Subik, who is among the crowd. "The authorities have not authorized our demonstrations," she says, "so we come up with creative alternatives, like collectively feeding pigeons downtown." Or like silently marching though town with yellow balloons, as Subik and her fellow protesters are doing today.

The activists allege that authorities are being negligent by ignoring their warnings. "We are doing what the municipality should be doing and making sure residents can live healthy lives," says Subik. She invites us over to her house to explain how she is affected by the factory. 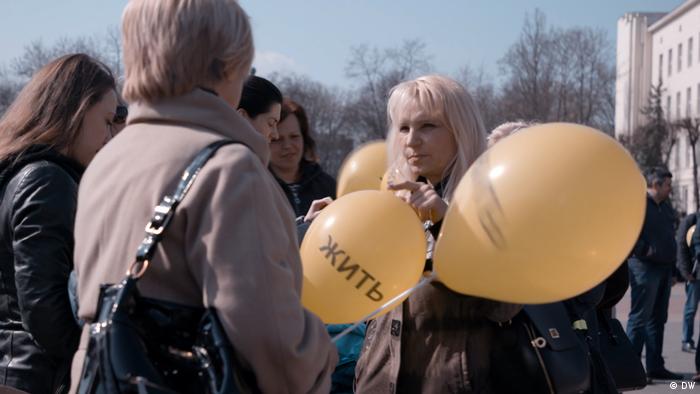 The protesters in Brest have had to get creative in their gatherings, since the demonstrations are not officially authorized

Subik lives just one kilometer (0.6 miles) from the plant in a house that she and her husband only just finished building. The couple are now worried that living so close to the factory could harm their health and the health of their two sons. She has hundreds of pages of reports that supposedly show that the factory management is downplaying the health hazards connected to its battery production.

IPower, as the factory is called, plans to manufacture lead-acid batteries. But this could produce serious quantities of lead waste, which can seep into the ground and water and eventually cause cancer.

Brest-based activists commissioned foreign experts to produce environmental studies on the ramifications of lead-acid battery manufacturing, and the findings differed greatly from those that came out of Belarus. While the former warn that lead-acid battery factories in Europe and Asia have been found to discard up to 900 kilos (1,984 lbs) of toxic lead waste per year, IPower claims its factory produces no more than three kilos.

Even in China, the world's biggest supplier of lead-acid batteries, the number of battery factories using outdated technology has fallen ever since the government introduced stricter environmental regulations.

"Look around," says Subik and points to the green fields surrounding the battery factory. "If this is where cows come to graze, the lead will end up in their milk and meat." A milk factory and a mushroom greenhouse lie just a few hundred meters away.

She displays pictures of the battery factory compound that were secretly taken by fellow activists. The photos show tall, partially corroded cylindrical metal containers. Subik and the other activists suspect these are old machines, taken from decommissioned factories abroad — something the company denies. 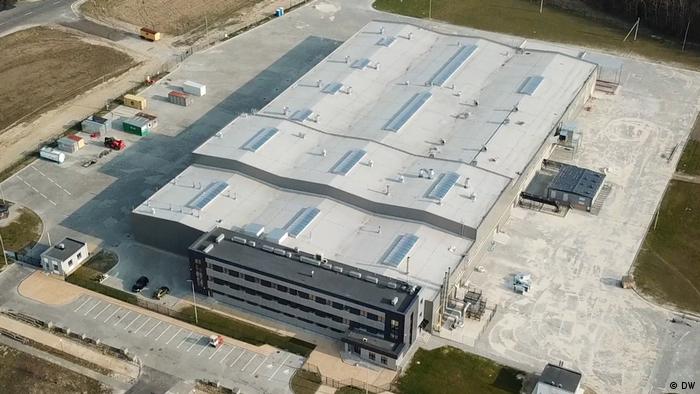 Outside the factory, IPower manager Sergey Dubnovitsky tells us that the plant has been constructed under supervision of the country's environmental agency. He admits that such factories can be harmful. "But we have invested a lot of energy and a sufficient amount of money into this project to ensure it is as ecologically safe as possible," he says.

Dubnovitsky insists all machines are brand new and says the plant uses state of the art technology, which explains why this site supposedly produces far less lead waste than plants elsewhere. The manager says Belarus has strict environmental standards and his company adheres to them with its high-tech sewage-treatment facilities.

But Subik and 38,000 other concerned Belarusians do not trust these claims, which is why they penned a letter to President Alexander Lukashenko expressing their concerns. So far, they have not heard back.

"We'll probably never get a reply," says Subik and sighs. IPower is deemed so innovative that it is granted state subsidies. But Subik finds this ludicrous. "What is innovative about these outdated technologies?" she asks. The company, meanwhile, says it deserves state backing because it is Belarus' very first plant to produce entire batteries, rather than just components 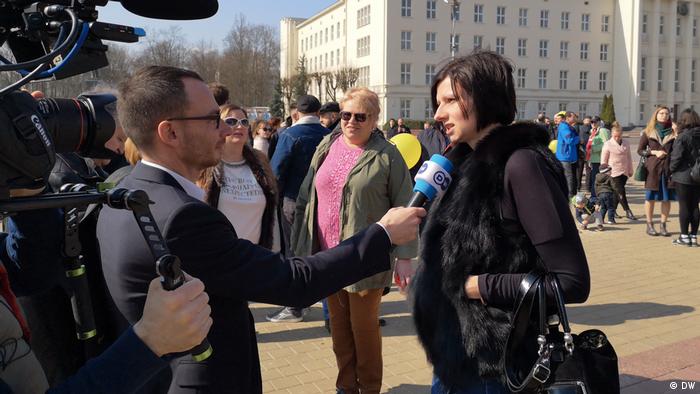 Subik (R, in interview with DW's Rescheto) requested answers on IPower from President Lukaschenko, but he has not responded

Incidentally, some 70% of these batteries are earmarked for export, including to Asia, which provided funds to build the factory — or, more specifically, China did, with President Lukashenko organizing billions in loans. Trade with China appears to be a priority: A huge Belarus-China industrial complex, more than 100 square kilometers, is being built near the capital Minsk thanks to Chinese investment. Giant posters praising the countries' amicable ties can be found everywhere.

But the people of Brest are not impressed by any of this. What they care is their health. "When the IPower plant goes into operation, we will move away," Subik says.

In the Belarusian city of Brest, construction work has unearthed the remains of over 1,000 Jews killed during World War II. But instead of a memorial, the spot will be a high-end apartment complex. (27.03.2019)

Belarus' autocratic leader Lukashenko wants to turn his country into a hub for the digital and cryptocurrency sectors. But despite the abundance of local brainpower, how easy is it to enforce hipster cool by decree? (12.10.2018)