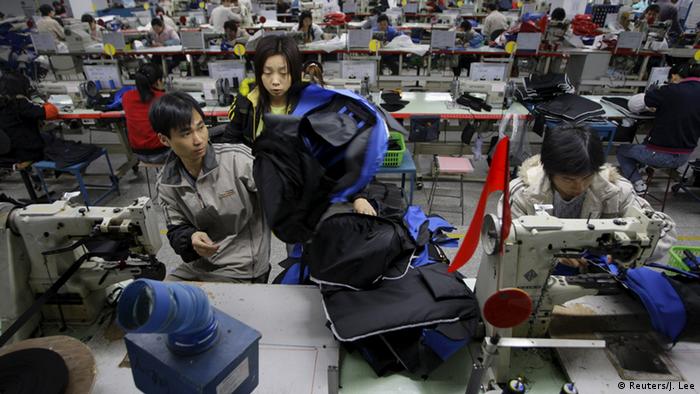 Industrial production thus slowed last month from 6.6 percent in September as the government moved to wind down output at some steel factories and smelters in a drive to clean up the nation's smog-ridden cities.

Beijing is also pushing to make domestic consumption a growth driver and reduce the country's dependence on manufacturing and exports.

"We must be aware that China is at a pivotal stage for transforming its growth model," NBS spokeswoman Liu Aihua said in a statement. "Problems of unbalanced and insufficient economic development are acute."

Data from the statistics agency also showed that growth in retail sales slowed to 10 percent in October, down 0.3 percent from the previous month and also short of forecasts.

China intends to strike a balance between expansion, debt and leveraging, with economists preparing "for some downside bias for the trade and activity data in the coming months."