The International Testing Agency says it will challenge a decision that lifted a ban on Russian skater Kamila Valieva. The 15-year-old tested positive for a banned substance ahead of the Beijing Winter Olympics. 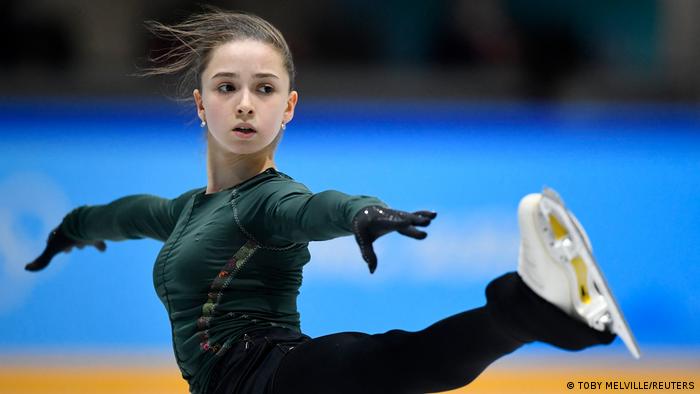 Valieva submitted the sample during the Russian championships on December 25

The International Testing Agency (ITA) confirmed in a statement on Friday that Russian figure skating sensation Kamila Valieva tested positive for a banned substance ahead of the Beijing Winter Olympics.

The agency said it would lead an appeal on behalf of the International Olympic Committee (IOC) against a decision by Russia's anti-doping agency to lift a provisional ban.

Valieva, 15, tested positive for trimetazidine, a metabolic agent that is prescribed for the treatment of angina and vertigo.

The substance is banned by the World Anti-Doping Agency because it can increase blood flow efficiency and help endurance.

The ITA said Valieva submitted the sample during the Russian championships on December 25. However, the positive test had not been confirmed by an internationally-accredited laboratory until Tuesday.

Russian media reported the positive test after a ceremony — also on Tuesday — to present Valieva and her teammates with their Olympic gold medals was postponed for unexplained legal reasons.

The Russian Anti-Doping Agency (RUSADA) then provisionally suspended Valieva, which would have ruled her out of the Olympics. However, the skater was successful in challenging that decision and the ban was lifted on Wednesday.

It's that lifting of the ban that the ITA says it will challenge on behalf of the Games' organizers.

The case will be decided by the Court of Arbitration for Sport before February 15, when Valieva is scheduled to take part in the individual event at the Olympics, the ITA said.

The skater has already taken part in the team event and became the first woman in history to produce a quadruple jump in Olympic competition.

Because of a massive state-sponsored doping scheme at the 2014 Sochi Winter Olympics, Russian athletes are competing under the name of the Russian Olympic Committee.

The IOC itself has said it wants to expedite the case as quickly as possible and will wait for it to be over before commenting directly.

US and Russia take different stances

Meanwhile, the United States could prosecute the Russians involved in Valieva's alleged doping case under the American Rodchenkov Act (RADA), the head of the US Anti-Doping Agency, Travis Tygart, told Reuters on Friday.

The RADA bill was signed into American law in November 2020 and empowers US prosecutors to seek fines of up to $1 million (€878,000), as well as jail terms of up to 10 years, even for non-Americans, if their actions were deemed to have affected the results of competitors from the United States.

The "Rodchenkov" bill was named after the whistleblower who exposed the Russia doping scandal in 2016.

But Russian Olympic Committee chief Stanislav Pozdnyakov hit back, saying that he had "serious questions" over the validity of the doping tests taken by Valieva.

"The timings of sample processing raise serious questions," Pozdnyakov told the RIA Novosti news agency. "It seems like someone held the sample until the end of the team skating tournament," he added.

Russian figure skating star Kamila Valieva tested positive for a banned drug, according to Russian media. She was part of the team that won gold on Tuesday, but the award ceremony was delayed due to "legal consultation."

The Russian tennis legend has announced her retirement from the sport. The former-world-number-1 played just two matches this season.