Russia's ban from international sporting events has been upheld, but reduced from four to two years. Russian athletes will still be permitted to compete without their flag, colors and national anthem. 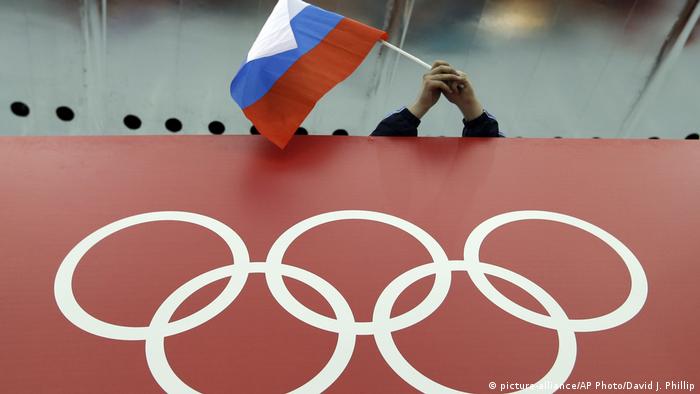 Russia has been under scrutiny for years over doping allegations

The Court of Arbitration for Sport (CAS) upheld doping sanctions on Thursday that will prevent Russia from competing as a nation at international sporting events, albeit shortening the exclusion from four years to two.

The ban covers the Tokyo Olympics and the 2022 soccer World Cup in Qatar. Russian athletes will still be able to compete as "neutral athletes," without Russia's flag, team uniforms, or anthem.

However, the court ruled that the name "Russia" can be displayed on uniforms if the words "Neutral Athlete" or "Neutral Team" have equal prominence.

The ruling will also forbid Russia from applying to host any major international sporting competitions for a two-year period, starting from now.

However, he added that it is "unacceptable" to bar high-ranking Russian officials like Vladimir Putin from attending the Olympics.

Russia is accused of falsifying the test results of domestic athletes during the Games, swapping their own samples for clean ones submitted by other people.

WADA had issued a four-year ban in December 2019, but the Geneva-based court ruled for a slightly less severe punishment in the Russian appeal. In sporting affairs, there is no further legal recourse after an appeal at the CAS in Switzerland.

Doping in Russia: Deputy Chief of RUSADA reacts to accusations

Brittney Griner and Paul Whelan were sentenced to jail time by Russian courts on charges that the US deems "unacceptable". President Joe Biden reassured their families that he was working on bringing them home.