Beethovenfest kicks off in Bonn with quietly dramatic opening

In contrast to the the motto "Schicksal" (fate) with its serious implications, an orchestra from France played mostly quiet tones. The downbeat to the festival is followed by three notably upbeat festival weeks. 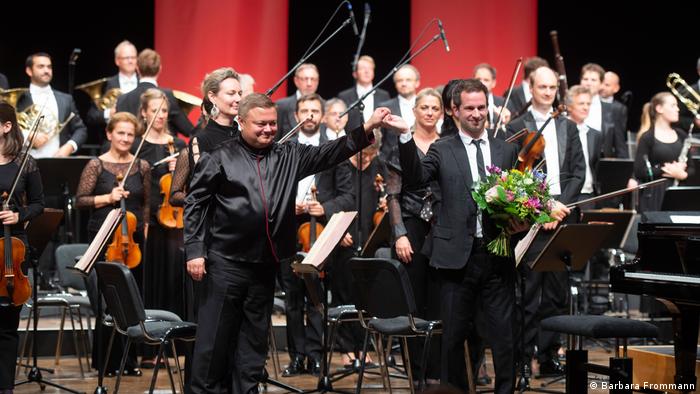 The notes played by the Orchestre Philharmonique de Radio France right at the beginning seemed as light as leaves scattered by an autumn breeze. In the World Conference Center Bonn (WCCB), music director Mikko Franck elicited tender tones in Maurice Ravel's Le tombeau de Couperin (Couperin's Tomb), transforming each of the three movements to a quiet, melancholy yet precious remembrance of Ravel's friends who had fallen in World War I.

The words "Beethoven" and "fate" have more dramatic connotations. The image comes to mind of the deaf musician whose career as a pianist and conductor was curtailed at age 30 and who subsequently defied fate.

The opening of this year's Beethovenfest on August 31 was notably lacking in musical ballistics, also in the "Egyptian" piano concerto by Camille Saint-Saens with the elegantly-performing virtuoso Bertrand Chamayou as soloist — and even in Beethoven's "Fate Symphony," the "Fifth."

A sense of calm dominated here too, and the overall volume level remained within bounds. Whether that was a result of the musicians' performance style, the acoustics in the provisional WCCB concert hall or of both, is uncertain. 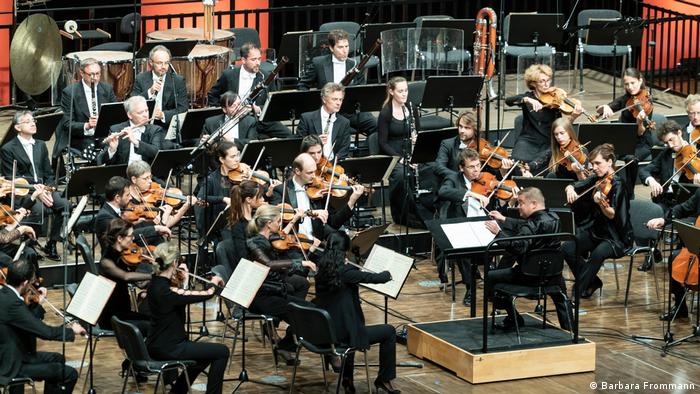 Listening to the inner voice

One thing can be expected from a Beethovenfest in the city where the composer was born: a large part of the audience will know every note of Beethoven's symphonies, all the more so with the C Minor Symphony – and will be familiar with the work's dramatic connotations. Additional fireworks from the stage are probably unnecessary – but whether a rendition of Beethoven's Fifth more or less completely lacking in drama can work is probably a matter of taste.

"The stars of fate lie within your chest," wrote the German author Friedrich von Schiller. If so, questions of fate wouldn't be answered by noisy outward influences but by listening to the inner voice — particularly in the cacophony of recent worrisome events both in Germany and abroad.

News of a street mob's attack on foreign-looking citizens in Chemnitz was fresh on everyone's minds — and was also indirectly referenced in the opening address by Armin Laschet, governor of the state of North Rhine-Westphalia. "I never thought in my youth that we'd have to resume the fight for the basic values of our Constitution," he said. 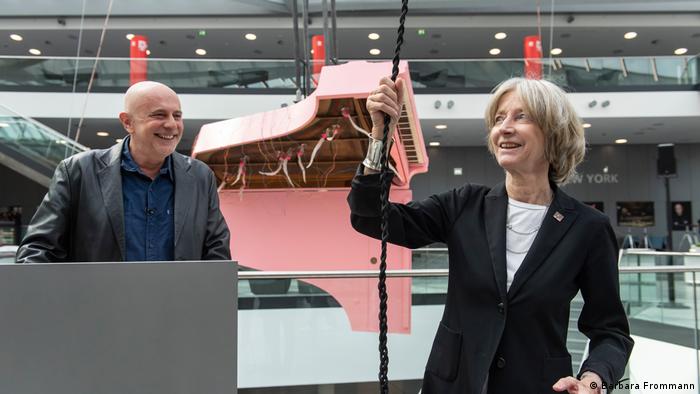 That the next three Beethovenfest weeks will be about more than just beautiful music was also the tenor of director Nike Wagner's speech, promising that "A gesture of faith in the future runs through the festival. It's necessary too."

Performing at the nearly 60 events in Bonn and the region is a notably international lineup. Apart from the radio orchestra, the ensemble Les Siecles comes from France. Traveling to Bonn from England are the Academy of St. Martin-in-the-Fields and the Orchestra of the Age of Enlightenment, The Flanders Symphony orchestra comes from Belgium and the Orchestra da Camera di Mantova from Italy.

The international origins of the performing artists is a statement in itself, says Wagner, describing the weeks to come as "a necessary festival, maybe more than ever."