Bayern give newcomers a chance in German Cup victory

Amid Bayern Munich's hectic start to the season, coach Hansi Flick called upon a string of debutants and youth players to tackle Düren in the German Cup. The B-team strolled to a 3-0 victory over the fifth-tier minnows. 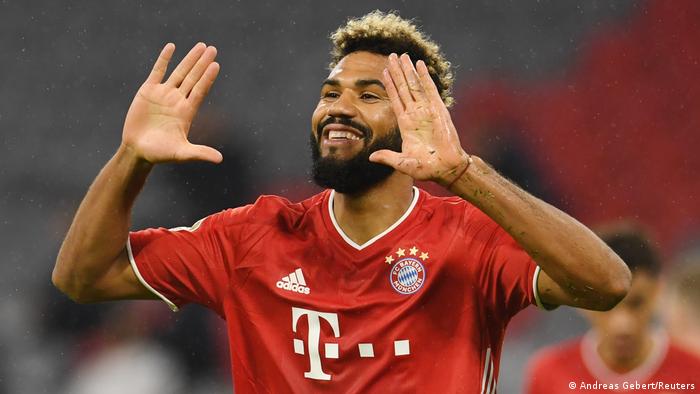 Circumstance may have forced Hansi Flick's hand, but the Bayern coach will have been pleased that his B-team faced few problems in the club's Thursday night fixture in the German Cup.

A hectic upcoming schedule saw most of the first-team regulars rested against fifth-tier FC Düren, providing opportunities to a raft of fresh faces.

New striker Eric Maxim Choupo-Moting, signed for free from Paris Saint-Germain, was the standout performer as he scored twice on his debut and also won a penalty in the 3-0 victory.

Other new arrivals, Alexander Nübel, Bouna Sarr, and Marc Roca made their first appearances for the cup holders, while youth player Jamal Musialawon his first start.

Choupo-Moting looked like the perfect foil for when Robert Lewandowski needs a breather or, in a worst-case scenario, suffers injury. The towering 191-centimeter front man provided a good focal point up front, showing decent movement, clinical finishing (apart from one glaring miss), and clever movement. 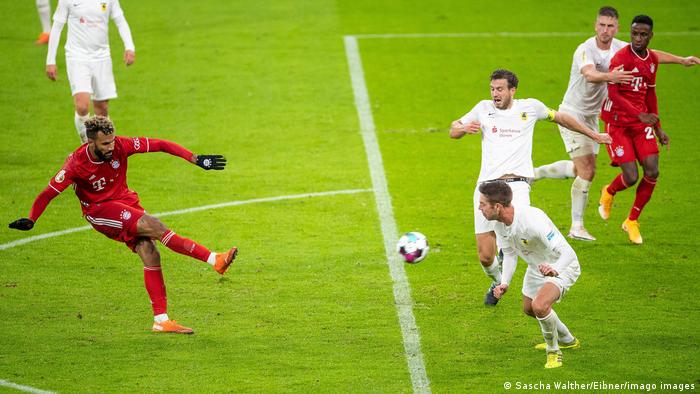 Choupo-Moting's goals arrived in the 24th and 75th minutes, the second particularly eye-catching with a nice turn and finish. And he should have had a hat-trick when a chip over the Düren goalkeeper was wrongly adjudged not to have crossed the line.

"It was a good debut, I'm happy about my two goals," the Cameroon international said post-match.

Sarr will have also given Flick plenty of encouragement, setting up both Choupo-Moting's strikes with forays forward from the right-back slot, while Nübel was called upon a few times to work for his first clean sheet in eight games.

Experienced Bayern heads such as Jerome Boateng, Niklas Süle and Thomas Müller provided a good backbone for the team, with the latter netting his second goal of the season from the penalty spot on 36 minutes.

There was also a return for Douglas Costa, who Bayern re-signed after a stint with Juventus in Italy, and Flick was happy with his new charges.

"We are so far satisfied, now we have to see that they get to 100 percent step by step," he said.

Bayern now have a quick turnaround in the Bundesliga, facing Arminia Bielefeld on Saturday evening. It marks the beginning of a gruelling schedule where Bayern will play seven matches within a 22-day period.