Bavaria's embattled premier Horst Seehofer has vowed to "fight like a lion" at Berlin talks to form Germany’s next government. His party's youth wing has disowned the 68-year-old and hailed his rival, Markus Söder. Seehofer defied internal calls Sunday to step aside as his Christian Social Union's (CSU) top prospect for Bavaria's 2018 state election, insisting that his goal in Berlin was to form a "stable" federal coalition in the wake of Germany's September election.

Bavaria's leader of 9 years said he was "fighting like a lion," adding that the people of Germany understandably expected beneficial political results. 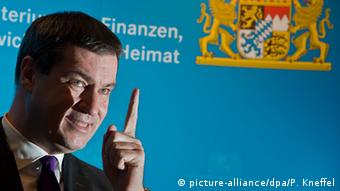 "The manner in which things have gone in the last few weeks has already created damage," Weber told Bild am Sonntag.

In April 2017, Seehofer declared his intention to run as state premier again in 2018, contrary to his past utterances that he might retire to his home city Ingolstadt, the headquarters of the carmaker Audi.

Seehofer told the newspaper Bild am Sonntag he remained unfazed by the "uninterrupted barrage directed at my person," insisting his sole current task was to "impose" CSU policy at the coalition talks on forming Germany's next government, about to enter their third week in Berlin.

Only when those exploratory talks were finished would he react to his Bavaria critics "clearly and firmly," warned Seehofer who, at a 2015 CSU conference, had publicly rebuked Merkel over her decisions at the peak of Germany's refugee crisis.

Saturday's youth rebuff of — a trained public administration official, who from 1971 until 2008 rose through CSU ranks to become health and then agriculture minister under conservative chancellors Helmut Kohl and then in Merkel's first of three cabinets — follows other recent CSU rumblings. 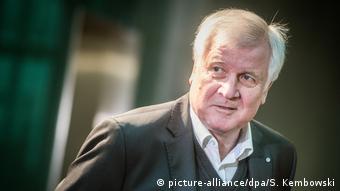 Three of the CSU's ten regional branches at non-public sittings have demanded replacement of Seehofer, who in September's federal election led the traditional self-assured CSU to a six-decade low of 38.8 percent state-wide – far below 50-percent-plus returns scored by past CSU stalwarts such as Franz Josef Strauss.

On September 24, Merkel's conservatives slumped nationwide to 32.9 percent as voters defected, notably to the extreme-right Alternative for Germany (AfD), but also to the liberals, the Greens and the post-communist Left party.

Since its post-war foundation in 1945, the CSU has dominated Bavaria, not only regionally from its capital Munich but also across counties and municipalities, challenged increasingly however by Bavaria's opposition Social Democrats, Greens, conservative Free Electors (Freie Wähler) and recently the AfD.

An Insa research institute survey done for the tabloid Bild showed that Seehofer's CSU would currently only get 37 percent in Bavaria's Munich assembly, followed by the region's opposition Social Democrats on 17 percent. 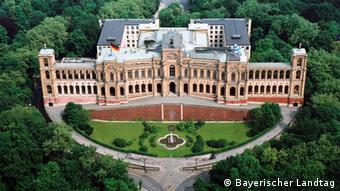 Echoing September's trends in other German states, the AfD would score 13 percent in Bavaria and its Greens 10 percent. Eight percent each would go to the Free Electors and liberal FDP.

Survey respondents were asked how they would vote if Bavaria's state assembly was elected Sunday. In 2013, the CSU clinched an absolute majority on 47.7 percent.

Horst Seehofer, the premier of the German state of Bavaria, has been re-elected as leader of his conservative Christian Social Union (CSU). This comes amid ongoing disagreements with the chancellor over refugee policy. (21.11.2015)