Bavaria's Horst Seehofer, the main critic among Chancellor Merkel's conservatives on refugee policy, has decided to stay put. He says he'll stay as Bavarian CSU chairman and seek re-election as state premier in 2018. 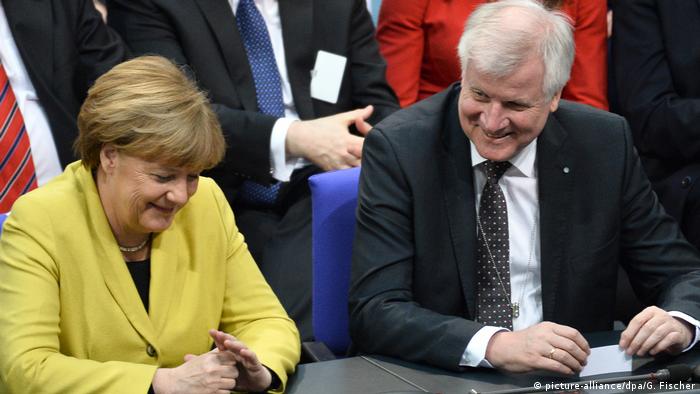 It said the 67-year-old, first elected premier of the German southern state in 2008, briefed the executive of his CSU on his revised plan to seek a third term as premier when Bavaria is next due to vote in 2018.

The news agency AFP quoted Seehofer as saying serving in both positions was very gratifying. Short applause by meeting participants followed his announcement, the agency said.

- Seehofer and Merkel look to mend fences over refugees

Seehofer's reaffirmation runs contrary to his stated intentions - from as far back as 2013 - and represents a setback for Bavaria's finance minister, Markus Söder, a younger CSU leadership aspirant and rival. 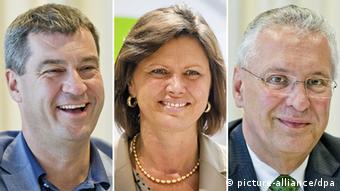 The online version of the German tabloid "Bild" also reported that Bavaria's CSU interior minister Joachim Herrmann was tipped to head the party's candidate list for national elections to be finalized by the CSU on May 6.

Seehofer's move follows a weekend conference in Cologne of the anti-immigrant populist Alternative for Germany (AfD) and the recent emergence of Martin Schulz as leader of Germany's Social Democrats.

"I reckon it's good that he carries on," said Weber, just before CSU's Munich meeting. "I am convinced that that's what the party (membership) base and public want."

Former CSU leader and premier Edmund Stoiber praised Seehofer's decision to carry on as an "excellent" solution and described him as the party's strong Zugpferd or draught horse.

Only in recent months - as German parties launched campaigning for September's Bundestag poll - did Seehofer stop his public criticism, insisting recently that Merkel was the "greatest" trump card for the combined CDU/CSU conservatives.

"Only with Angela Merkel will we win this election campaign," Seehofer reportedly said. "That is our greatest trump; and with no one else."

In February, Seehofer and Merkel showed themselves shoulder-to-shoulder after repeated insistence by the chancellor that Germany must uphold human rights and the European Union its official ethos of open borders.

Read: Seehofer says cap on migrants a precondition for next government

Since 1949, Merkel's Christian Democratic Union (CDU) party and Bavaria's CSU operate a joint parliamentary group in the Bundestag, based on the assumption that the CSU alone contests Bavaria and the CDU Germany's other 15 regional states.

The CDU/CSU's current head or whip is Volker Kauder, a parliamentarian of Merkel's CDU from Germany's other southern state, Baden-Württemberg.