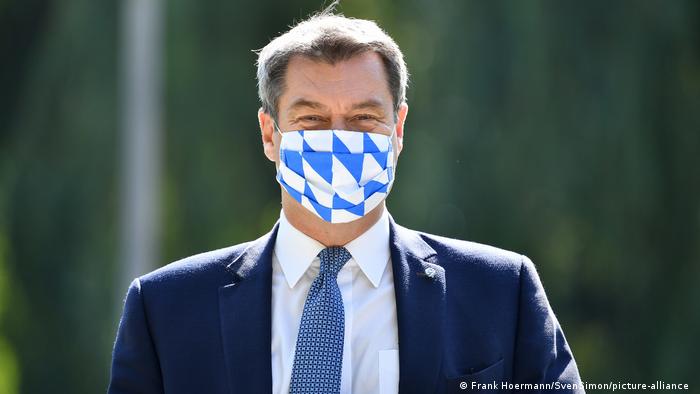 Markus Söder, Bavarian state premier who is thought to be a dark horse in the race to succeed Angela Merkel as chancellor, told his party at a virtual conference on Saturday that combustion engines should be banned by 2035.

The climate crisis is one of the biggest problems in history, and that the ongoing COVID-19 pandemic should not obscure its threat, according to the conservative politician. Söder serves as the leader of the Christian Social Union (CSU), the Bavarian sister-party to Merkel's Christian Democratic Union (CDU).

Nevertheless, Söder also came out in favor of offering an incentive premium for those buying modern gas- and diesel-fueled cars, as a temporary economic boost for the German auto industry.

In a wide-ranging speech to hundreds of delegates attending the online conference, Söder also said he supported a ban on the Reich war flag in Bavaria.

The archaic imperial flag has recently been revived by anti-lockdown campaigners, far-right activists, and so-called Reichsbürger — conspiracy theorists who reject the authority of the Federal Republic of Germany. The city state of Bremen has recently banned the flag, and Söder said the flag indicated a clear rejection of democratic values.

The coronavirus pandemicnevertheless dominated Söder's speech. Bavaria was the first German state to call a state of emergency earlier this year as COVID-19 took hold, and Söder warned that the disease was "back with massive strength across Europe."