Bavaria's new border officers have drawn up some 1,750 criminal and civil charges since coming into force in July. Bavarian ministers hope to expand the controversial unit along the Austrian border to 1,000 officers. 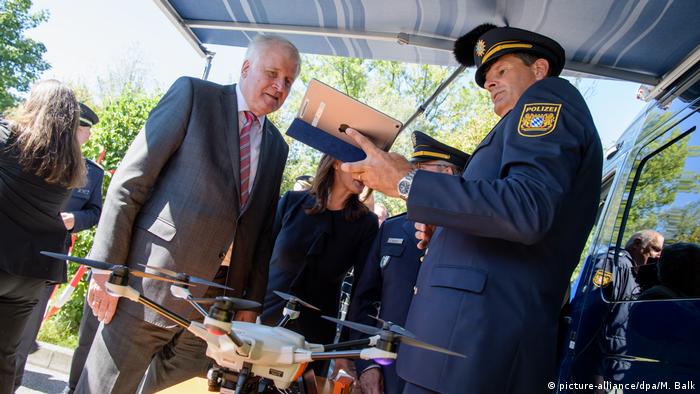 Bavarian lawmakers applauded the state's newly established border police force on Monday, as they announced that officers had logged some 1,750 civil and criminal indictments in just the past month.

Herrmann was joined by Horst Seehofer, Germany's Federal Interior Minister and leader of the Bavarian Christian Social Union (CSU), at a police post in the border town of Freilassing.

Earlier this year, the state of Bavaria agreed with the federal government that it would create its own police force to work alongside federal authorities officially tasked with the guarding Germany's external borders.

As part of the controversial deal, Bavarian officers are allowed to conduct spot checks but only with the federal government's permission. The new unit is not allowed to act unilaterally.

The new border police official began patrolling the border to Austria on July 18.

Seehofer described this arrangement between the state and federal government as "respectful and effective." The need for stronger controls was justified until the European Union manages to secure its external borders, he added.

However, according to Herrmann, the force is expected to grow from 500 to 1,000 officers by 2023, suggesting it plans to continue operating for several years.

This month, Bavaria also opened the first controversial "Anker" center to process migrants arriving through Austria. Lawmakers say the aim is to create a "one-stop" center that would complete the entire asylum process represented on site. However, critics have warned that the centers could lead to the ghettoization of migrant communities.

Speaking to reporters in Freilassing, Seehofer appeared confident that the German government would strike a deal with Italy to allow the speedy return of refugees. Negotiations between Berlin and Rome were on a "very good path," he said.

If agreed, the deal would see authorities halt migrants trying to enter Germany across the Austrian and return them to Italy within 48 hours, provided they had already registered for asylum there.

German Chancellor Angela Merkel has already struck a similar deal with the leaders of Spain and Greece.

Russia accuses Germany of spreading misinformation on Navalny 0m ago