German chemical giant BASF is ceasing all its genetically modified plant development in Europe and moving it to the US. The relocation is a result of widespread political and popular opposition to GM foods in Europe. 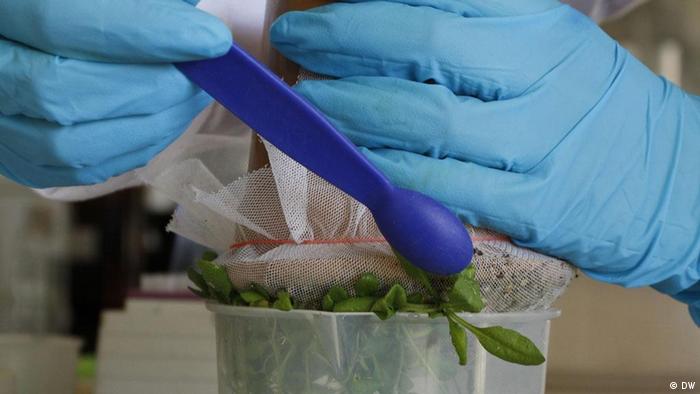 The headquarters of BASF's plant sciences division will move from Limburgerhof in southwestern Germany to Raleigh, North Carolina in the US. Two smaller sites in Germany and Sweden will also close.

"There is still a lack of acceptance for this technology in many parts of Europe – from the majority of consumers, farmers and politicians," said Stefan Marcinowski, a BASF board member. "It does not make business sense to continue investing in products exclusively for cultivation in this market."

The company said it has decided to focus on "attractive markets" in the Americas and Asia.

The decision means the loss of about 140 jobs in the company's plant science unit. Many of those will be moved to the US or to other divisions in Berlin and Belgium.

The decision was welcomed by some environmental and food-safety groups, that have long been suspicious of the long-term effects of genetically modified crops on the natural world and GM foods on consumers' health.

"We don't think this technology is controllable and it brings with it incalculable risks," Dirk Zimmermann, an agriculture expert with Greenpeace, told Deutsche Welle. 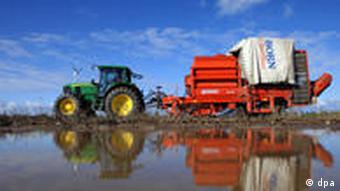 Many farmers in Europe are also suspicious of GM crops

"GM foods don't have a chance in Europe for the foreseeable future," he added.

That sentiment was echoed by Adrian Bebb, food campaigner for Friends of the Earth.

"This is another nail in the coffin for genetically modified foods in Europe," he said. "This is a good day for consumers and farmers and opens the door for the European Union to shift Europe to greener and more publicly acceptable farming."

Opposition to genetically modified crops and foods is widespread in Europe. In 2009, it was estimated that some 80 percent of the German public were against altering the genetic make-up of crops to make them more resistant to pests or to increase yields.

BASF fought for 13 years to get EU approval for its Amflora potato, which was meant to provide high-quality starch to industrial customers. But resistance to it in Germany was so high that test sites had to be put under constant guard. Efforts to sell the Amflora product in Europe will be stopped. 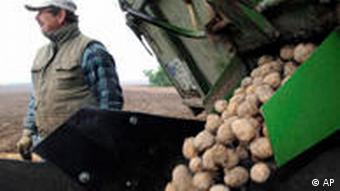 BASF's Amflora potato program will also shut down in Europe

BASF's decision dismayed plant scientists in Europe, who say it could discourage young people from going into plant science since they will be restricted in what they can do.

The biotech trade association in Brussels, EuropaBio, also regretted the decision, saying pull-out was a sign of the overall difficulties for biotech industries in Europe, where research jobs are going to places where biotech products are being produced.

Pro-GM groups have long insisted that the opposition to the technology is based on successful lobbying by politicians and NGOs rather than actual science.

They claim that GM crops can make farms more sustainable, reduce the need for pesticides, save on energy use and preserve the soil.

"At a time when an increasing number of people are living in hunger and climate change threatens crops, the system that regulates GM food sources ought to become more based on evidence and less subject to the influence of politically motivated NGOs," said Professor Joyce Tait of the University of Edinburgh, who helped author a study this fall on the development of GM crop regulation.

Do we need genetically modified food to quell global hunger? That controversial question prompts emotional debate. The truth is anything but clear-cut. (21.11.2011)

Consumer and farmer opposition to GMOs

Genetically altered plants are supposedly more resistant to pests and bring higher crop yields. But consumers and farmers are protesting against these plants, and one company, Monsanto, stands in the eye of the storm. (14.11.2011)

A unit of German chemical giant Bayer AG has agreed to pay hundreds of millions of dollars to US farmers in a row over genetically modified rice. But despite the settlement, Bayer denies any negligence. (02.07.2011)