Do we need genetically modified food to quell global hunger? That controversial question prompts emotional debate. The truth is anything but clear-cut. 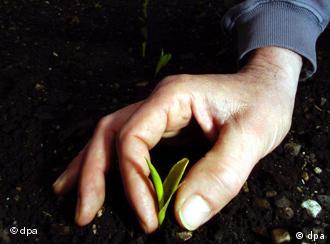 Plants are being altered by human hands

The World Health Organization estimates that over a billion people suffer from hunger worldwide. That's despite the fact that more food is being produced than ever before.

This happens for a variety of reasons. Much of the food is lost during the harvest, partly due to the lack of storage facilities or transportation options. In industrial countries 40 percent of all food is destroyed rather than eaten. Also, over a third of the world's arable land is used to grow animal feed - corn, grain and soy beans. The increasing number of crops used as biofuel also impact the amount of land used to grow food.

That drives up prices, making food ever more expensive, and there's no change to be seen in the foreseeable future. The number of people on the planet is growing - in 2050 there will be over 8 billion. Most will live in cities, forecasts say, and the demand for meat and energy will continue to rise. Many experts say conventional agriculture won't get us very far in solving those problems.

They say that the only way to boost agricultural production and fight global hunger is with the help of genetically altered plants.

These altered plants would be given a gene that would imbue them with special characteristics, such as resistance to certain pests, fungi, viruses or bacteria. 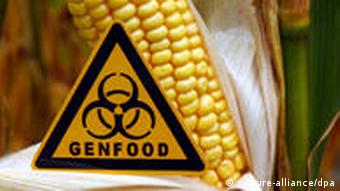 More resistant strains of corn have been developed

Genetically modified corn, for example, undergoes such a change that attacks from the European corn borer are no longer a problem. The larvae of these moths are considered one of the worst corn pests.

The papaya's biggest enemy is the ring spot virus. The virus can severely limit a tree's fruit production or kill it completely. In Hawaii, a genetically modified papaya has been developed and in use since 1999 that resists the virus.

Around half of the world's soy production comes from genetically modified beans. In most varieties, a gene is implanted that makes the beans resistant to pesticides. Soy beans produce oil, which is used in making many foods, such as chocolate, margarine, and baked goods.

Attempts are being made in the US and Brazil at creating sugarcane that is resistant to weeds and viruses and unresponsive to dryness and salinity. Global firms, such as the German pharmaceutical company Bayer Crop Science, are taking part. 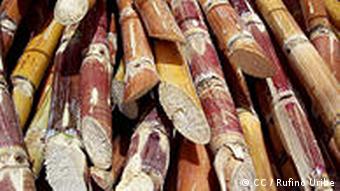 Sugarcane is a key component of ethanol

Sugarcane not only provides more than half of global sugar production, but is also a key component of ethanol.

"Sugarcane is the most productive cultivated plant for cost-efficient renewable energy with the best CO2 balance," says Joachim Schneider, head of the BioScience department of Bayer Crop Science.

In cooperation with Brazilian partners, Bayer Crop Science is working on producing genetically modified sugarcane that would contain around 40 percent more sugar than the norm.

In 2006, Iran began working with genetically modified rice, which is resistant to the feared stem borer larvae. 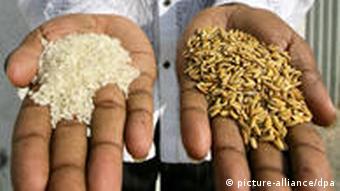 Rice is being altered to better resist floods and drought

Genetically modified rice is nearly ready to be introduced to markets in China, India, Indonesia, and the Philippines. Tests are also being conducted to see wich genetic modifications yield a higher rice crop and what can make rice more robust against dryness, salinity, and floods.

A product called "golden rice" has drawn attention from supporters and opponents of genetically modified food alike. It is supposed to be more nutritious due to higher beta carotene and iron content from genetic modification.

Tests are also underway on bananas, tomatoes and potatoes.

The possibilities offered by GM technology appear to be endless. Anika Wiese-Klinkenberg of the Jülich research institute says modifying plants makes food more robust and healthier and allows the plants to grow back quicker and more plentifully.

"Dryness and drought reduce harvests dramatically already," she said. "Climate change is only going to make that worse."

The biologist is heading up a project in cooperation with Indian scientists to use genes from an extremely resilient Himalayan plant to create similarly resilient food crops.

Playing with genes does carry certain risks. For one, genetically modified organisms are completely new for the environment. Researchers don't know what effects the experiments on plants will have for people or the environment. 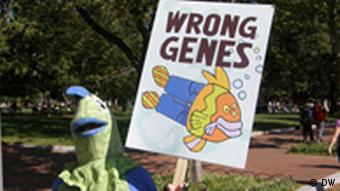 There are few reliable and neutral studies, and those that do exist are kept secret. Monsanto, a leading agricultural firm that produced GM seeds, only released the results of one study after Greenpeace took legal action to force the firm's hand.

In the study, rats were fed a strain of GM corn called MON 863. According to Greenpeace, the animals then displayed symptoms of poisoning and liver and kidney damage. Some critics believe genetically altered food could also cause cancer or infertility.

Science cannot yet provide a concrete answer to the question of what happens to humans or animals that eat GM food, at least when it comes to long-term effects.

China, hunger and the developing world

In the last 30 years, China has won the battle against famine and hunger, but now, the country is facing new supply problems, forcing it to buy farmland in developing countries. (07.11.2011)

Hunger in the land of Gandhi: the shadow on an emerging power

India is a nuclear power - the largest of the world's democracies - and sees itself as a global superpower of tomorrow. What's often overlooked, however, is that half of the world's malnourished children live there. (07.11.2011)

Opinion: Hunger is a political problem