Gender inequality and sexism have long been significant features of London's financial district, the City. A high-profile case at the High Court in the capital highlights what's at stake. 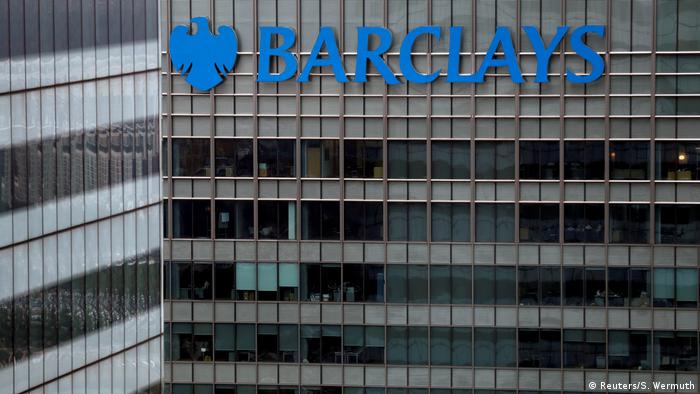 The British businesswoman Amanda Staveley is suing UK bank Barclays for up to £1.5 billion (€1.65 billion or $1.8 billion) after her private equity firm, PCP Capital Partners, lost out on a large contract with the bank in 2008, at the height of the financial crisis.

The case started last week at the High Court in London, with opening claims that Barclays' top bosses at the time used sexist and misogynistic language in describing their dealings with Staveley and that this was a key contributory factor in her not winning the contract.

Staveley claims Barclays secretly offered better terms to Qatari investors and her firm missed out on advisory fees of £30 million. This was after her client, Sheikh Mansour bin Zayed Al Nahyan — a member of the Abu Dhabi royal family — had invested £3.25 billion, part of £11-billion emergency fundraising by Barclays during the financial crisis.

Barclays at the time was desperate to raise the capital to avoid being bailed out by the UK government. The bank contests Staveley's claim and denies that neighboring Qatari investors — headed by former prime minister, Sheikh Hamad bin Jabar Al Thani — were given preferential terms. Earlier this year, three Barclays employees were found not guilty of fraud in relation to the deal.

The Daily Mail, predictably, called it "the clash of the titans." Staveley, a financier who helps Middle Eastern billionaires buy football clubs, makes a great titan, after all. She made her name when she brokered the deal to sell Manchester City to Mansour bin Zayed Al Nahyan and was once rumored to have been a marriage prospect of Prince Andrew. 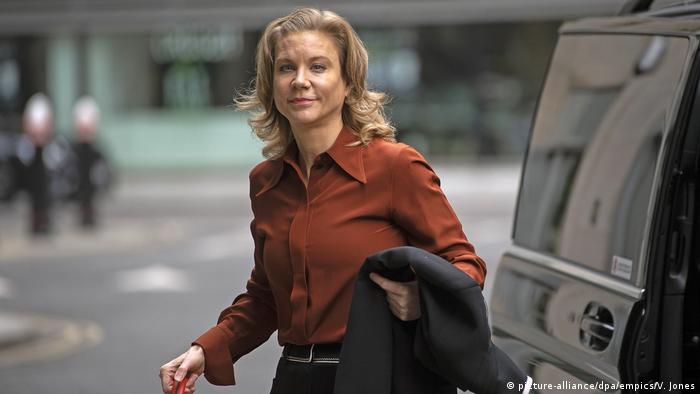 Barclays calls her claim "opportunistic and speculative" and alleges Staveley exaggerated the importance of her role. Barclays' lead negotiator at the time, Roger Jenkins claims it was not Staveley, but his own wife, Diana Jenkins, who secretly negotiated the deal. Jeffrey Onions, who is leading Barclays' legal team, told the court at the trial that "the picture Ms Staveley seeks to paint is a false one." Onions accused her of playing a role that amounted to a "hustle."

Comments by Stephen Jones, who in 2008 was working in the bank's investment banking division, were detailed in telephone transcripts released by the court last week. In them we discover that in October 2008 Jones described Staveley in a conversation with his Barclays colleague, Stephen Morse, as "clearly someone who [Sheikh] Mansour trusts and uses as, you know, his face with the outside world … Whether she's sleeping with him, or not, I couldn't tell you. I doubt it to be honest, but anyway."

Jones told Morse two days later that Staveley's firm had been paid £25 million for taking part in the 2008 fundraising deal. "And she's thick as shit, as well," said Jones. "Anyway, there you go. You can't have everything ... She's got large breasts, so, you know, sorry, I'll keep my mouth down." Morse responded: "It's okay. Your line's not taped and neither is mine. I hope."

Sorry seems to be the easiest word

Jones resigned in June as chief executive of UK Finance, a lobby group representing banks and finance houses, just weeks before the comments were due to be revealed as part of the court case.

According to separate telephone transcripts released by the court in July, Jenkins and the bank's former head of European financial institutions division, Richard Boath, referred to Staveley as a "dolly bird," a "foxy blonde" and a "tart." 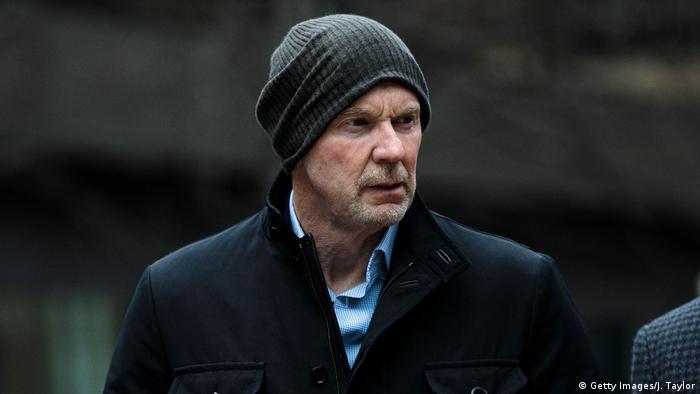 Roger Jenkins, former head of investment banking and investment management in the Middle East at Barclays

Joe Smouha who is representing PCP Capital Partners told the court: "The case reveals the pre-financial crisis arrogance, ethical carelessness, focus on bonuses, on money and on jobs — and, unfortunately, sexism and misogyny." He said a "significant theme" in the case would be Barclays "seeking to criticize the professional skill and competence of Ms Staveley."

Jones said in June he had apologized to Staveley for the comments he made in 2008. "The comments I made at this time are wholly inappropriate. I regret making these comments and I cannot defend them and will not seek to," he said.

When asked about his use of the word "tart" by a lawyer for PCP Capital Partners, Jenkins said: "I apologize for that." But the optics aren't great, given that Jones was in charge of measures to clean up UK banking's sexist image. In 2019, he told an annual UK Finance event that the industry had come a long way since Barclays appointed the first female branch manager in 1958. "But it is not enough progress. It is clear from this room that some barriers still exist," he said.

Sexism in the City

According to a report based on gender pay gap data, women working in the City on average receive £33,000 in bonuses for every £100,000 awarded to men. In October, the Chartered Insurance Institute published a study showing that the average 65-year-old woman retires with a pension of less than £36,000, one-fifth of the average for men. 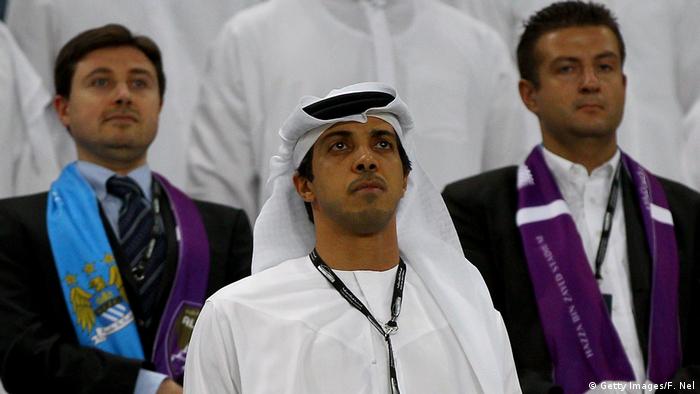 The parliamentary Treasury Select Committee published a report in 2019 calling for reforms to the process of negotiating bonuses in financial services. Instead of relying on subjective and discretionary awards determined by managers, the committee called for assessments to be instead performed against a "clear set of criteria."

"The alpha male culture in some organizations is evident in bonus negotiations ... [which] can result in higher rewards for men, and acts as a deterrent for women," the report said.

Corinne Carr, from Peoplenet in the UK, told DW there was a "black hole" in terms of transparency of gendered pay inequality. The Women in Finance Charter is a commitment by the treasury and signatory firms to promote women to senior roles in financial services. One of the Charter’s pledges is around linking diversity targets to executive pay. So far, there is little transparency around that linkage.

A survey by Roar Training in 2019 found that 54% of women believe their gender had "negatively impacted" their career progression. The research also found a disparity between women's and men's perceptions of inequality, with 64% of men believing their female coworkers are offered the same opportunities as them, and 10% even believing women are offered more opportunities.

Studies by the Harvard Business School show that among senior roles in venture capital and private equity, women held 9% and 6% of the positions, respectively. At hedge funds women occupied 11% of senior management roles. A 2018 report from McKinsey found that while men and women in finance begin their careers on equal footing, as the ladder rises, women only account for 19% of those in positions of power.

The Venezuelan regime has unsuccessfully sought to retrieve its gold reserves from the Bank of England since 2018. The ruling is a blow to Nicolas Maduro, who has been crippled by an economic crisis and US sanctions.