Bangladesh to UN: ′Support Rohingya island relocation or leave the country′ | Asia | An in-depth look at news from across the continent | DW | 04.09.2019

In an interview with DW, Bangladesh's Foreign Minister AK Abdul Momen expressed disappointment over "inadequate" international pressure on Myanmar to take back the Rohingya refugees currently camped in Cox's Bazar. 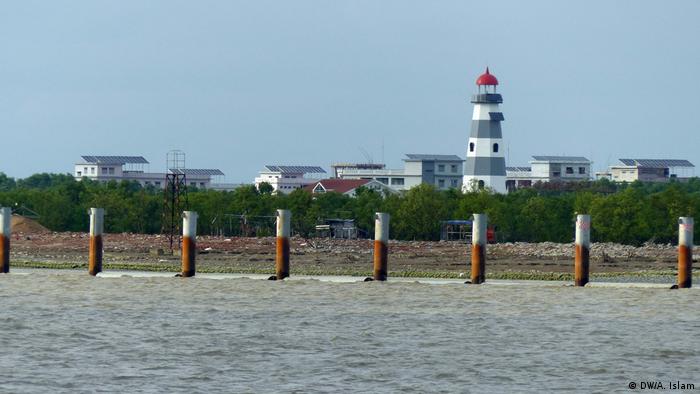 The Bangladeshi government wants the United Nations aid agencies to support its plan to relocate 100,000 refugees to a remote island in the Bay of Bengal.

Human rights organizations have expressed concerns over the plan as the island may not be suitable for the refugee settlement and is prone to cyclones.

In an exclusive interview with DW, Bangladeshi Foreign Minister AK Abdul Momen said that the UN has failed to put enough pressure on Myanmar to take back the refugees. Momen also said that Dhaka wants UN agencies to accept the Rohingya island relocation plan or leave the South Asian country. 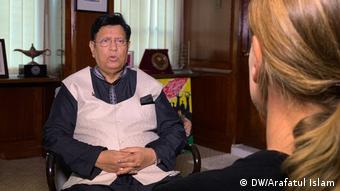 DW: Most Rohingya refugees do not want to return to Myanmar. Is that why you want to relocate them to the Bhasan Char island?

AK Abdul Momen: I think it is time to relocate them to Bhasan Char. But the island cannot accommodate all of them; we can send only 100,000 refugees there.

We didn't want to repatriate them forcefully. We had hoped it would be done voluntarily.

The island offers economic activities to the refugees. But the aid agencies working in the Cox's Bazar refugee camp don't want to move to Bhasan Char. In Cox's Bazar, they stay in five-star hotels, so they don't want to go to another place.

We are also identifying international non-government organizations that are politicalizing the Rohingya issue.

Does that mean that you would relocate Rohingya refugees to Bhasan Char even if the UN agencies don't support the plan?

Yes, possibly. We have seized many leaflets, CDs and videos that urge Rohingya not to go back to Myanmar if certain demands are not met. Myanmar authorities have agreed to one of these demands: provide safety, security and mobility to the Rohingya people. Demands such as granting citizenship to Rohingya, punishment for people involved in the Rohingya massacre, recognizing Rohingya as an ethnic group, and allowing them to return to their own homes have not been met.

We can do that.

How would the UN react to it?

The UN has to agree to the plan or it can take the refugees with them. Already some of these people are getting involved in criminal activities.

The number of Rohingya refugees in the area is more than double than the number of local citizens. The local residents are increasingly complaining of criminal activities. We cannot allow that. That is why we could force their relocation.

Bangladesh is not a rich nation. We're the world's most densely populated country. Still we have done a lot for the Rohingya. It's time for others to come forward because it is not just our problem. It's an international issue, and had we not given them protection, they could have faced a genocide.

We are willing to send them anywhere, to anyone who wants to take them. We cannot afford to keep them for years.

And if that doesn't happen, would the refugees have to go to the Bhasan Char island?

It would be a temporary arrangement. We cannot keep them there forever.

Can Bangladesh afford to antagonize the UN?

The UN is not helping us much. They are not working to create a conducive environment in Mynamar's Rakhine state. Why don't these UN aid agencies work in Myanmar? They should go to Myanmar, especially to Rakhine state, to create conditions that could help these refugees to go back to their country. The UN is not doing the job that we expect them to do.

Would you expel the UN agencies if they don't support your plan?

We'll do it if necessary.

The island is prone to cyclones. Is it safe for human inhabitation?

It is safe. We have built embankments and beautiful houses there. If we tell Bangladeshi people to go there, they would definitely go there.

If the refugees move to Bhasan Char, will they be able to move freely or will they be contained on the island?

I think they will move freely.

The interview was conducted by Naomi Conrad and Arafatul Islam in Dhaka on August 26, 2019.