Opinion: Foreign aid is a hindrance to Rohingya repatriation

Local and international NGOs have been working hard to provide relief to Rohingya refugees in Bangladesh. But their efforts are proving to be counterproductive in repatriation attempts, says DW's Khaled Muhiuddin. 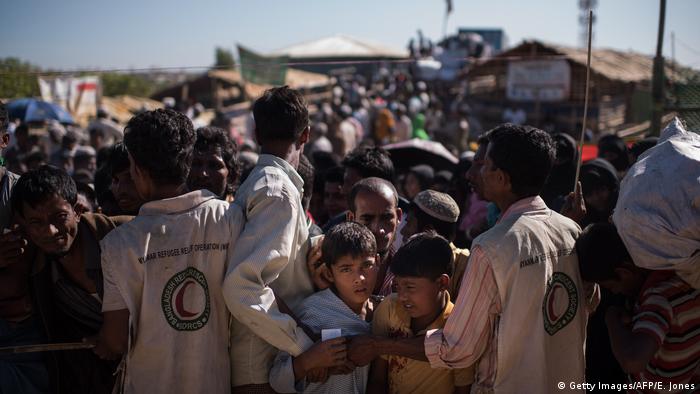 More than a million Rohingyas have taken refuge in Bangladesh's Cox's Bazar district since communal violence and a military crackdown forced them to flee Myanmar. The "stateless" community has been facing persecution in the Buddhist-majority country for years, with almost no help from the country's authorities.

Myanmar is thus not a safe place to be for Rohingya Muslims. Two years after the crackdown on Rohingya, the Bangladeshi government is trying to repatriate some of them to Myanmar. But as long as Myanmar does not guarantee safety for Rohingya refugees, it is impossible to send them back to their "homeland." That is why no Rohingya showed up when Bangladesh started the repatriation drive. 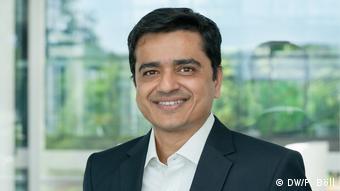 The situation poses a big challenge to Bangladeshi authorities. The South Asian country, with its limited resources and a huge population, showed magnanimity by sheltering Rohingya refugees two years ago, but it hoped they would return to their country eventually. This has not happened so far.

Although the United Nations has condemned what it called the "ethnic cleansing" of Rohingyas in Myanmar, it has so far failed to put adequate pressure on Myanmar to create favorable conditions for the return of refugees. It is apparent that Myanmar authorities do not have a real intention of taking them back, although they have talked about starting the repatriation process several times.

Rohingya refugees do want to return to their homes, but only when they feel they won't be targeted there. They don't want to move from one camp to another. The repatriation attempts in the present scenario will only force some Rohingyas to flee refugee camps in Cox's Bazar to other parts of Bangladesh, or even to another country.

International funding is a problem

Although the Muslim-majority countries around the world have expressed verbal support for Rohingyas, they have not really taken any substantial steps to help them. Other countries in the region, such as India, are not interested in taking them in. China also said it did not want to be involved in the conflict. Bangladeshis, therefore, feel that they have been left alone to deal with the situation.

On the other hand, international non-governmental organizations are playing a vital role in providing relief to Rohingya refugees. They have provided them with food, medical treatment and other support. Rohingya refugees in Bangladesh are still facing a tough situation, but they at least don't have to fear for their lives.

But this temporary support has a flipside: It is prolonging the crisis.

It is common sense that if Rohingya refugees are having a better life in Bangladeshi camps than the one they experienced in Myanmar, they will see little reason for going back to Myanmar. That is why efforts to ensure safety for Rohingyas in Myanmar are more important than providing comfort to them in the Bangladeshi camps.

Realistically, I don't expect Rohingya refugees to return to Myanmar in the foreseeable future. The Bangladeshi government needs to come up with a five-year plan to deal with the refugee crisis. This should include involvingRohingyas in economic activities and integrating them into society. There is a risk that these people could be used by extremist groups, and that is something the Bangladeshi government must keep an eye on.

The US said the Myanmar army was complicit in "ethnic cleansing" and other human rights abuses against the Rohingya minority. But the Myanmar military's top brass have escaped sanction. (17.08.2018)