Bangladesh Rohingya relocation to isolated island criticized by rights groups | Asia | An in-depth look at news from across the continent | DW | 04.12.2020

Bangladesh has transferred hundreds of Rohingya refugees to Bhashan Char, a low-lying island prone to cyclones and floods. The move comes amid criticism from international aid groups, who say they weren't involved. 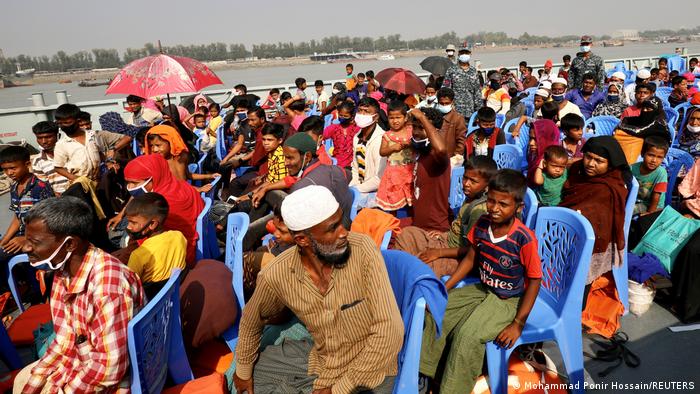 As relocations began, hundreds of Rohingya refugees were seen boarding buses in front of refugee camps in Cox's Bazar, a coastal town near the Bangladesh-Myanmar border.

They were heavily guarded by security forces and barred from talking to journalists. Government officials, who were present at the site, have yet to give any official statement. Additional police forces were seen patrolling the area.

The refugees are being taken to Bhashan Char, which formed out of Himalayan silt flowing into the Meghna Estuary in the Bay of Bengal less than 20 years ago. Located 34 kilometers (21 miles) from mainland Bangladesh, Bhashan Char's geography makes it prone to cyclones and floods — its name in Bengali means "floating island."

The island used to be regularly submerged by monsoon rains, but the Bangladeshi navy has spent over $112 million (€92 million) to build flood protection, along with barracks, hospitals and mosques.

The government built these facilities with plans to accommodate 100,000 Rohingya refugees. However, this is just a fraction of the estimated 1 million who have fled violent persecution in their native Myanmar and are currently living in crowded, squalid refugee camps in Cox's Bazar.

UN 'not involved' in relocation

International aid agencies and the United Nations have vehemently opposed the relocation since it was first proposed in 2015. They fear a big storm could overwhelm the island and endanger thousands of lives. However, Bangladesh has said the necessity of easing overcrowding in Cox's Bazar outweighs these concerns.

Just before the relocations started on Thursday, the UN released a statement saying it was "not involved" in the process and had "limited information."

"The UN has also consistently maintained that any relocations to Bhashan Char should be preceded by comprehensive technical protection assessments," the statement continued.

"These independent UN assessments would review the safety, feasibility, and sustainability of the island as a place for refugees to live, as well as the framework for protection and the assistance and services they would be able to access on the island," it added.

The UN has also voiced concern over whether the Rohingya have been allowed to make a "free and informed decision" about relocating to the island. 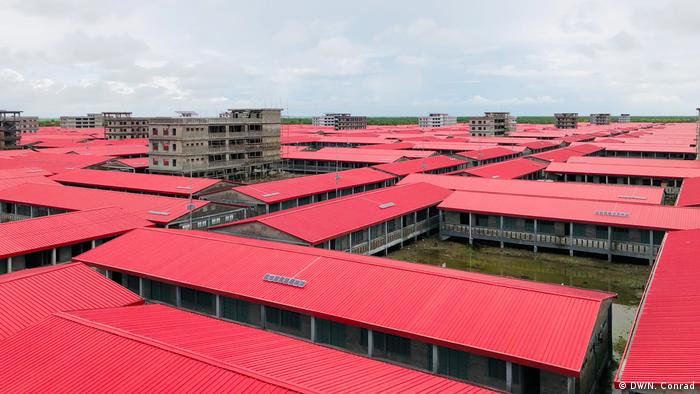 The accommodations on Bhasan Char could house 100,000 people

Are refugees forced to move?

Although Bangladesh's government has repeated that relocations will be entirely voluntary and no refugee will be forced, rights groups have said they have evidence to the contrary.

Both Amnesty International and Human Rights Watch (HRW) have published statements from Rohingya who claim to have been forced or lured into relocating to the island.

The refugees who agreed to move were reportedly promised that they would receive priority to go back to Myanmar if repatriation takes place, or alternatively get priority resettlement in third countries.

Other incentives reportedly included access to education, and cash, along with threats of consequences if they refused relocation.

"They beat my son mercilessly and even smashed his teeth so that he agreed to go to the island," Sufia Khatun, a 60-year-old refugee, told the Agence France-Presse news agency, while seeing off her son and five relatives Thursday at the transit camp.

"I have come here to see him and his family probably for the last time," she added.

"My brother has been missing for the last two days. We later learned that he is here, from where he will be taken to the island. He is not going willingly," Hafez Ahmed, another refugee, told AFP. 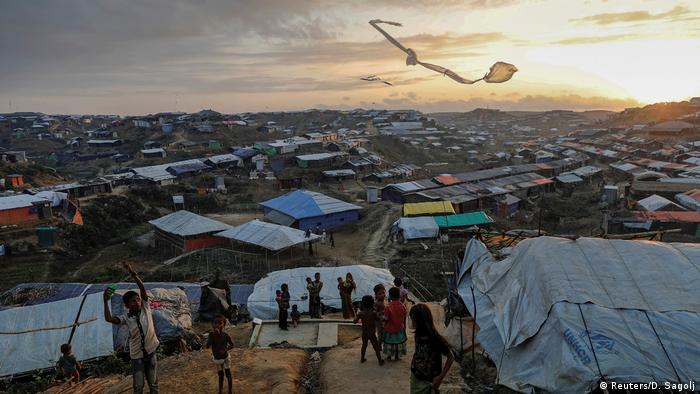 Nay San Lwin, co-founder of Free Rohingya Coalition, thinks the relocation process was not as transparent as had been promised by the government. He said some refugees even fled from the camps to avoid relocation.

"Some refugees complained that they were coerced into registering for relocation. Others were surprised to see their names on the list of those willing to go to the island as it had not been discussed with them before," he told DW.

"As I understood, the authorities have a list of refugees who are to be relocated. However, it's not clear how the list was made," Lwin added.

As Bangladesh starts the relocation process, there is growing international pressure on Myanmar over the alleged persecution by its military of the Rohingya in the northeastern Rakhine state.

Experts told DW that Bangladesh's unilateral decision to relocate the refugees could shift international attention away from efforts to send them back to Myanmar.

"The Bangladesh government is actively reneging on its promise to the UN not to relocate any refugees to Bhashan Char island until humanitarian experts give a green light," said Brad Adams, Asia director at HRW.

"If the government was genuinely confident in the habitability of the island, they would be transparent and not hastily circumvent UN technical assessments," he said.

"Bangladesh has put more pressure on its back," Abrar told DW, adding that despite Bangladesh's generosity in providing shelter for over 1 million refugees, international donors have spent hundreds of millions of euros to feed them.

"Ignoring international donors' concerns in the relocation process could have a negative impact on the overall situation," Abrar said. "Bangladesh could have avoided it by involving the UN and other agencies."

"Donor governments engaged in the Rohingya crisis response, such as the US, UK, Japan, Australia and Canada, should take a clear stand against this rash move to relocate Rohingya to Bhashan Char," he said.

"Decisions to move after the completion of technical assessments need to be voluntary and fully informed," he added.

"The German government must prioritize human rights of the Rohingya people in its humanitarian response, and ensure that they have full and meaningful participation in the decisions that affect them," he told DW.

The Bangladeshi government did not respond to DW's requests for comment.

As monsoon season begins in Bangladesh, Rohingya refugees are working with humanitarian agencies to fortify the flood-prone terrain where they have taken refuge. Diego Cupolo reports from Cox's Bazar, Bangladesh.