Super cyclone Amphan has left more than 80 people dead and millions more evacuated or without electricity. "The situation is more worrying than the coronavirus pandemic," an Indian official said. 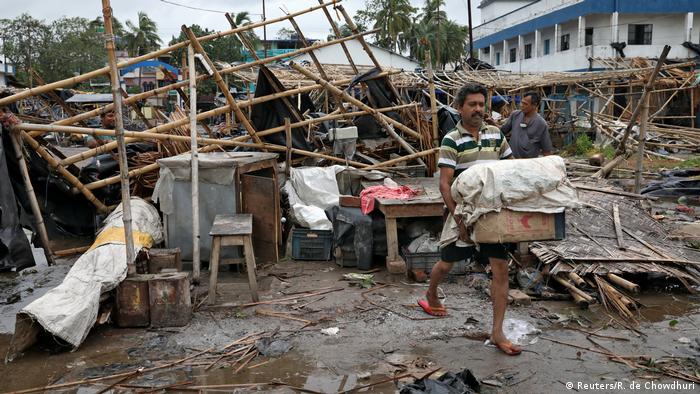 More than 80 people are dead and over 3 million displaced by Cyclone Amphan as it hit India and Bangladesh, authorities said Thursday. The cyclone is one of the most powerful storms to hit south Asia ever.

Amphan destroyed thousands of homes, uprooted and trees and caused severe flooding. The Indian state of West Bengal took the brunt of the storm that made landfall on Wednesday evening.

Winds reached 185 km/h (115 mph) and the Indian city of Kolkata, home to 15 million people, saw severe damage to buildings, power outages and destruction of infrastructure. At least 74 people were killed in West Bengal alone, 15 in Kolkata, mostly due to collapsed walls and drowning, the state's chief minister Mamata Banerjee said. A further 12 are reported dead in Bangladesh. 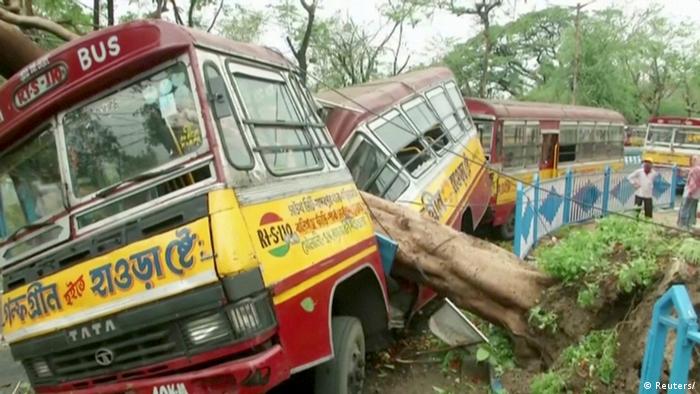 Kolkata has been badly hit by the storm

"We are facing three crises: The coronavirus, the thousands of migrants who are returning home and now the cyclone," said Banjeree. "The situation is more worrying than the coronavirus pandemic. We don't know how to handle it," she added.

She also pointed out that the full scale of the destruction was not yet known, as many islands in the Bay of Bengal were cut off from contact.

Social distancing measures introduced to slow the spread of coronavirus hampered evacuation efforts, with many people in India and Bangladesh refusing to leave their homes for fear of infection in storm shelters.

Authorities in Bangladesh still managed to bring over 2.4 million people to shelters, where face masks are compulsory. Infection rates are soaring in the country.

The storm crossed the border from India into Bangladesh late Wednesday evening. Over a million people are without electricity and hundreds of villages are under water because of tidal surges, and many villages are completely destroyed. A dozen flood protection embankments have been breached.

Concerns were raised over the Bhasan Char island, where hundreds of Rohingya refugees are housed, and the world's largest refugee camp near Cox's Bazar in Bangladesh, where 1 million more live in cramped conditions.

The hurricane is expected to lose speed later on Thursday. Amphan was the first "super cyclone" to hit the Bay of Bengal since 1999, when 150,000 people died.

As the strongest cyclone to strike the Bay of Bengal in 20 years makes landfall, Bangladesh's coronavirus restrictions and poor disaster preparedness threaten catastrophe in an already impoverished area. (20.05.2020)