Millions of people fled or took shelter as the "super cyclone" battered into the Indian and Bangladeshi coasts. Cities were flooded and winds reached 160 kilometers (100 miles) per hour. 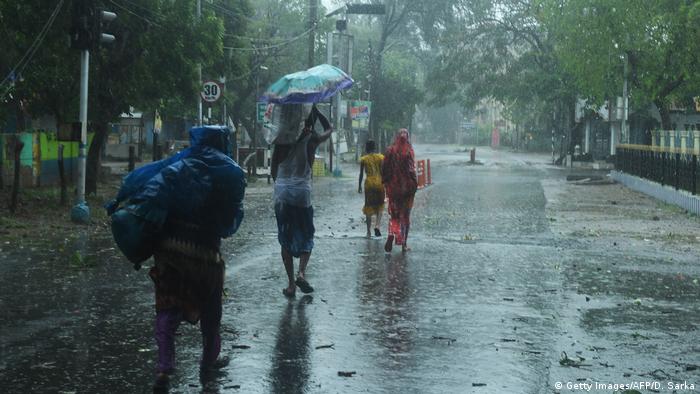 At least 2.6 million people fled to shelters in Bangladesh and western India Wednesday as Cyclone Ampham made landfall. The "super cyclone" has been described as the fiercest cyclone ever in the Bay of Bengal.

The Bangladeshi Red Crescent, the local division of the Red Cross, reported the first death, as a volunteer drowned while moving villagers to safety, according to AFP news agency.

Heavy rain began to lash the area hours and several cities, including Kolkata, were flooded. Bangladesh's disaster management officials had worked on a war footing to evacuate about two million people from coastal areas along the bay. 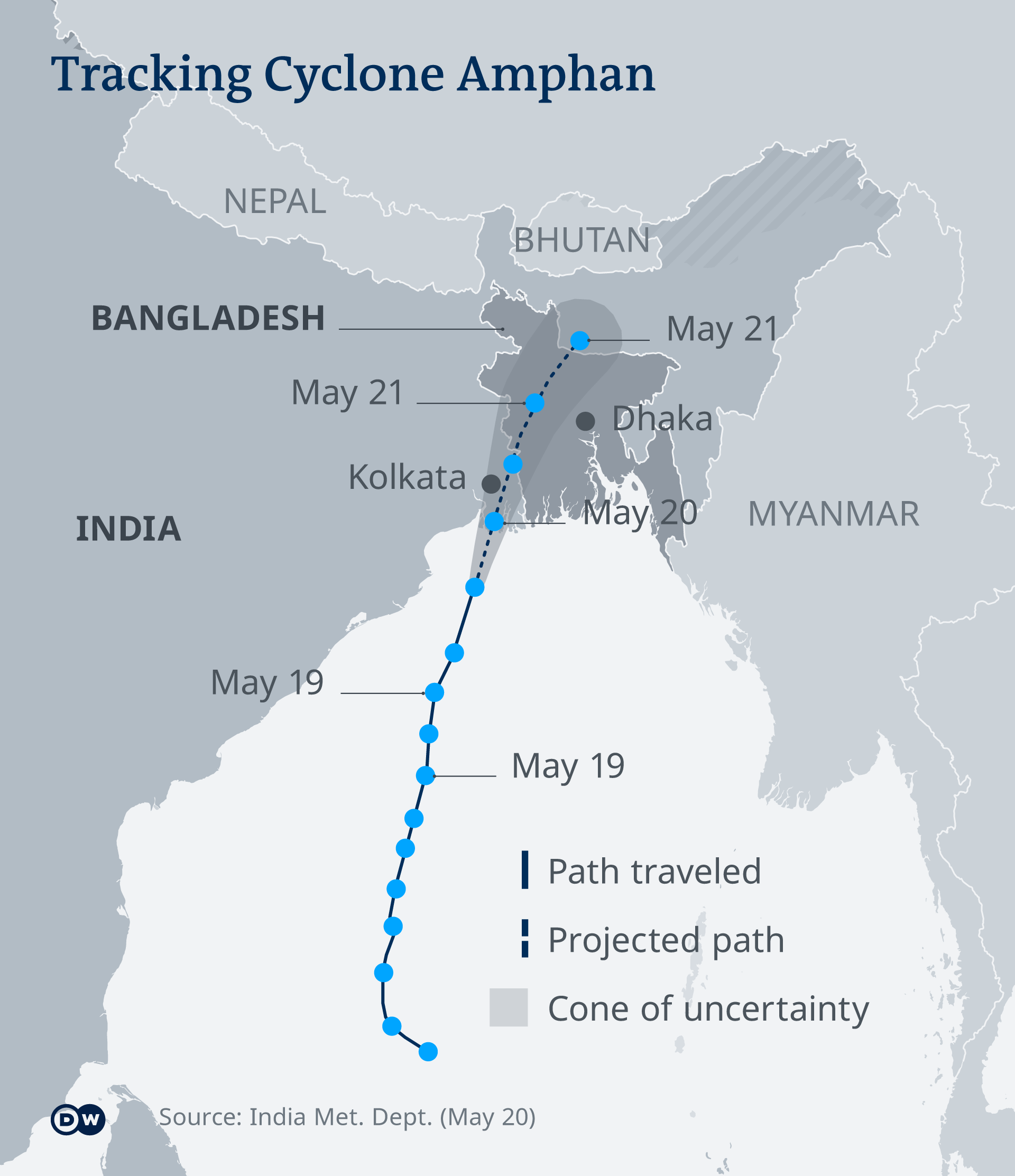 As the storm approached, evacuation efforts gave way to attempts to keep people safe in shelters.

Waves of over five meters spotted near the coast of India. The storm pushed seawater some 25 kilometers (15 miles) inland.

Hundreds of Rohingya refugees living on a flood-prone island were also moved to storm shelters. Bhasan Char island, which has been described as "uninhabitable," by the UN,is a large sandbank that appeared from the ocean less than 20 years ago. Rights groups have urged Bangladesh to bring the refugees to the mainland, but authorities say the storm shelters are safe.

The world's largest refugee camp near Cox’s Bazar on the mainland is expected to miss the worst of the storm, though the danger level has been raised from six to nine.

Evacuation and shelter efforts in eastern India and on the Bangadeshi coast were hampered by social distancing measures put in place to slow the spread of the coronavirus. Many people refused to go to shelters or leave their livestock, as they were afraid of contracting COVID-19.

"We have literally had to force people out of their homes, make them wear masks and put them in government buildings," a senior police official for the Indian state of West Bengal told Reuters news agency.

The effects of the cyclone are expected to be felt first in two Indian states and then cross the border to Bangladesh around midday local time.