Cyclone Amphan is threatening to be one of the most dangerous to hit the two countries in years. Climate change has led to an increasing number of powerful storms hitting their coasts. 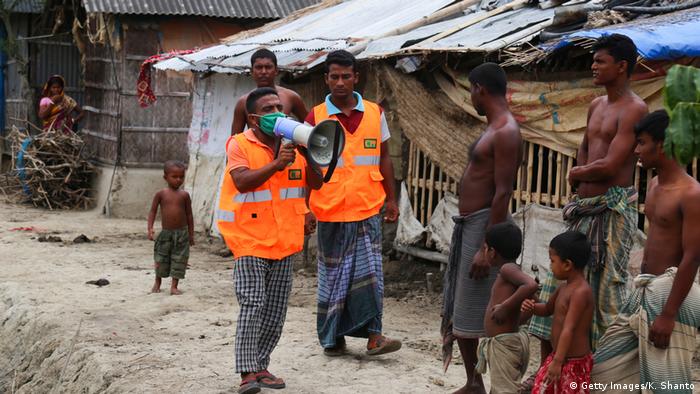 More than 2 million people were being evacuated from at-risk areas of India and Bangladesh on Tuesday as Cyclone Amphan bore down.

The cyclone is one of the strongest storms in year, with winds of up to 185 kilometers (115 miles) per hour expected when the cyclone makes landfall on Wednesday. In order to ensure hygiene and social distancing during the ongoing coronavirus pandemic, Rahman said that the number of shelters had been doubled by commandeering local schools and other facilities, and that masks will remain mandatory.

"We are also keeping separate isolation rooms in the shelters for any infected patients," Rahman said.

The Bangladeshi coast guard has been called into action, helping thousands flee from remote islands. Authorities fear that Amphan made be even more powerful than the Sidr cyclone in 2007, which killed about 3,500 people. 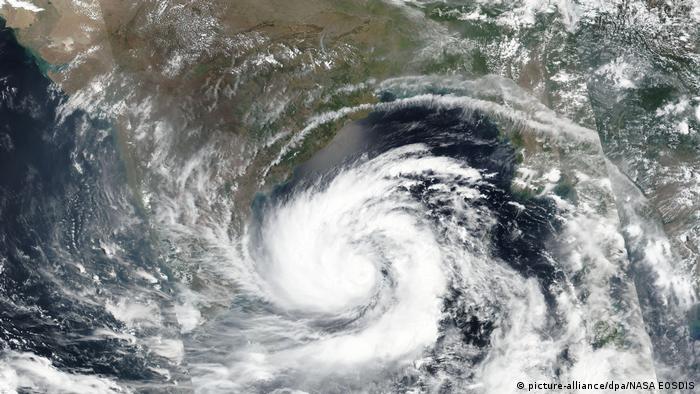 "There is limited space in existing evacuation shelters and people who have been on COVID-19 lockdown might hesitate to leave their less-sturdy homes to go to a central, and possibly crowded, shelter."

The charity also warned of "grim days ahead," fearing deteriorating sanitation conditions and access to clean water for many people living on the coast.

In India, more than 200,000 people were being evacuated in the state of West Bengal. There too, authorities promised to hand out masks and sanitizing products and maintain physical distancing.

Indian authorities said they were prepared to move as many as 1.1 million people should the need arise.

The coasts of India and Bangladesh have been increasingly battered by monstrous storms in recent decades as climate change has led to more extreme weather. In 1999, 10,000 people were killed by a cyclone in the eastern state of Odisha. However, the numbers of fatalities have decreased over the years even as storms become stronger due to better and more efficient evacuation policies.

A massive cyclone has prompted red alerts across the Pacific nation of Vanuatu. Fears of widespread destruction are compounded by concerns it might lead to the first introduction of COVID-19 there. (06.04.2020)