Bangladesh journalist′s disappearance casts poor light on press freedom | Asia | An in-depth look at news from across the continent | DW | 22.03.2020 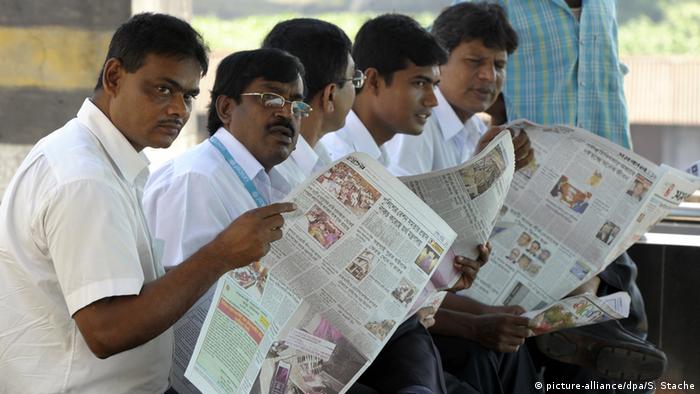 Shafiqul Islam Kajol, a leading Bangladeshi photojournalist and newspaper editor, went missing on March 10, a day after defamation charges were filed against him by an influential ruling party lawmaker.

CCTV footage released later by the international human rights group Amnesty International showed that a group of unidentified men approached Kajol's motorbike and appeared to tamper with it on the day the journalist was last seen before his disappearance.

But Bangladeshi authorities have so far been unable to trace the journalist's whereabouts.

"We don't think my father went missing on his own. We suspect he may have been abducted," Kajol's son Monorom Polok said at a press conference, adding: "We are anxious about his safety. We have searched the emergency wards in hospitals, but there is no trace of him." 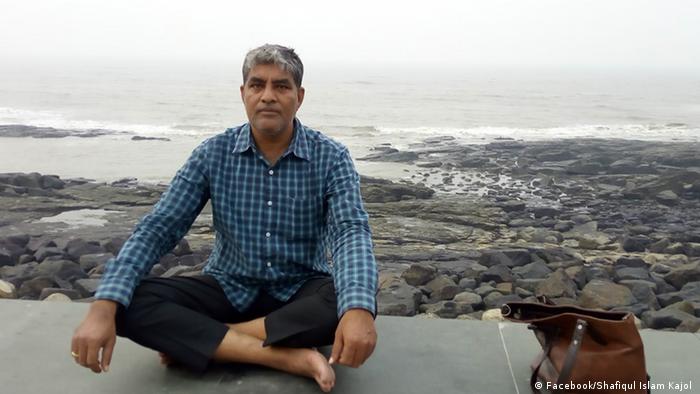 Kajol, a prominent photojournalist and newspaper editor, disappeared after leaving his Dhaka home for work

Kajol, who worked as a senior photographer for several top dailies and edited his own small newspaper, disappeared after leaving his Dhaka home for work.

It happened a day after Bangadesh's ruling party Awami League lawmaker Saifuzzaman Shikor, a former aide to Prime Minister Sheikh Hasina, filed a defamation case against Kajol and 31 others accusing them of maligning the lawmaker by linking him to a couple who ran a Dhaka escort service.

Others accused in the case included Matiur Rahman Chowdhury, another top editor in the country.

The case against the journalists was filed under Bangladesh's controversial Digital Security Act, which has been slammed as "draconian" by human rights activists.

"The Digital Security Act is designed to efficiently censor the Bangladeshi cyberspace and curtail freedom of speech and freedom of the press," Tasneem Khalil, editor-in-chief of Netra News, a public interest journalism platform, told DW.

"Human rights organizations raised alarm over this law even before it was enacted, whatever fear they expressed then is now proving to be true," he added.

Kajol's family members have approached the police several times since he went missing. But they say the police have been reluctant to investigate the matter.

"It is intolerable that the Dhaka police are treating Shafiqul Islam Kajol's disappearance in such a careless manner," said Daniel Bastard, the head of Reporters Without Borders' Asia-Pacific desk.

"We urge Bangladesh's Home Minister Asaduzzaman Khan to do everything possible to ensure that Kajol is found as quickly as possible or else Khan will be held responsible for anything that happens to Kajol," he added.

Human rights groups also urged Bangladeshi authorities to immediately launch an investigation to determine the fate and whereabouts of the missing journalist.

"The authorities must urgently determine his fate and whereabouts, and ensure he is immediately released if under state custody," he added.

The security forces of the South Asian nation have forcibly disappeared over 550 people over the past decade, according to local human rights organization Odhikar. The number includes many rights activists suspected to have been abducted by security agencies.

"The case of Shafiqul Islam Kajol is deeply concerning, particularly given the Bangladeshi authorities' record of abducting people and holding them in secret detention where their safety and lives are at risk," said Brad Adams, Asia director of Human Rights Watch. He added: "The Bangladeshi government should take immediate steps to locate Kajol and bring him to safety."

Freedom of expression in South Asia's Muslim-majority countries has never been under a bigger threat than today. And it comes in the form of blasphemy allegations, forcing journalists and bloggers to self-censor. (03.05.2017)