One thing was clear after the Brussels refugee talks: the Balkan states are called on to slow down the refugee trek. Experts, however, disagree whether that will help get the crisis under control. 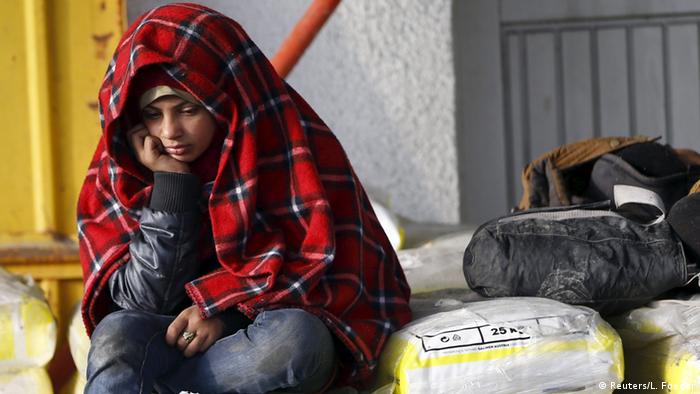 Humane conditions for asylum-seekers, better communication among the countries of transit and above all an end to the "disorderly" influx: the 17-point plan devised by the EU, Germany and the states on the so-called Balkans route sounds more like a declaration of intent than anything else.

But it also contains some hard figures: 400 police officers are to help out in Slovenia, the EU border security agency Frontex is to provide assistance in Greece and on the Serbia-Croatia border. The European Union also pledged to help set up 100,000 places in reception centers along the route through the Balkans.

It was Berlin that pushed for the plan, says Serb blogger and PR expert Mihailo Tesic. There's a huge gap between Germany's declared goal to take in refugees, handle their asylum requests and the country's limited capacities on the other hand, he says, adding that now we're seeing delaying tactics. "Brussels is telling the Balkans states to slow down the flood of refugees."

Hundreds of thousands of refugees have already passed along the Balkans route. The states along the way weren't prepared, even if they should have realized what was coming their way, says Lidija Cehulic Vukadinovic, who teaches political science at Zagreb University. "We're not ready and we didn't expect this to happen; […) they are making fools of themselves in Brussels and even ordinary citizens no longer believe their declarations." 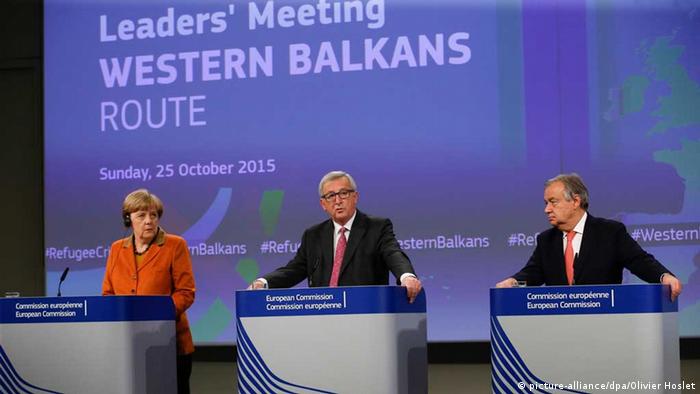 Scrambling to find a solution to the crisis

Initially, the politicians tried to outdo each other in the refugee crisis, the political scientist points out. Serbia wanted to present itself as more humane than Macedonia, Croatia wanted to be more European than Serbia and Slovenia more orderly than Croatia. But almost everywhere, you see refugees camping out without a roof over their heads, and police using tear gas. "It turned out that none of these states is in a position to deal with the problem on its own, so we need cooperation on an EU level."

But cooperation with the EU isn't what Svetlana Slapsak, a well-known anthropologist from Ljubljana, expected it to be. Recently, Slapsak launched a petition for the creation of a safe corridor from Greece to Germany, a route with no stops, and "no unnecessary bureaucracy."

It's no good wondering whether and when Germany has reached its limits, she says. "These people need help now."

Images of endless lines of refugees snaking across the Balkans, people walking for thousands of kilometers, are almost medieval, she says. "That only reinforces the prejudices people already have about the Balkans."

The Brussels plan demands better communication among the countries on the Balkans route, which has been spotty so far. Instead, the various governments point an accusing finger at each other: in Slovenia people say Croatia acts like a big bus company, simply shuttling refugees, which is exactly what Croatia says about Serbia, its neighbor to the east. As a result of the ensuing dispute, the border crossings were closed to imports for days. 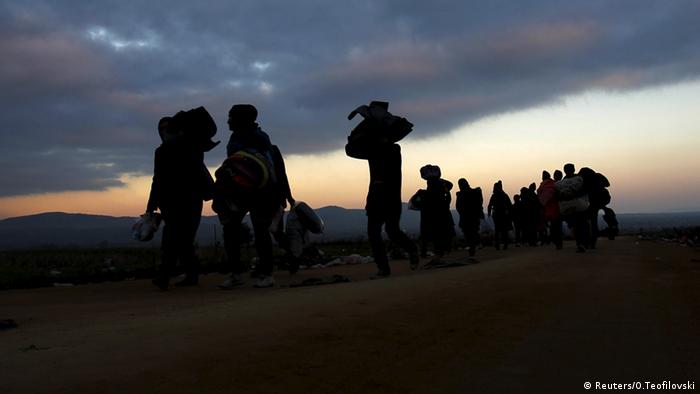 "These are all small countries that share a bloody past," says Cehulic Vukadinovic. And with an eye on parliamentary elections in Croatia in two weeks' time, politicians have been deliberately fueling the hostilities. "Zagreb often plays the Serb card to score points with the many unhappy employed voters who love to hear that someone else is responsible for their misery, she explains, adding that "Belgrade naturally does the very same thing by playing the Croatian card."

The refugee crisis may very well give a boost to extremists in the former Yugoslav republics, experts say. Rightwing politicians in Serbia and Croatia have long predicted that the EU will build permanent camps in the Balkans to put a halt to the flood of refugees. It's no surprise that their wary attitude toward refugees is like preaching to the choir, says Slapsak. "Twenty-five years after the collapse of Yugoslavia, we're witnessing an enormous upheaval in the quality of life, increasing social injustice and hopelessness - and people aren't thinking straight."

Demands to shut down the borders are on the rise. Bulgaria's prime minister is toying with the idea, the Slovenian government says fences are an option and Croatia's president would like to send the army to guard the border with Serbia. It's a steady process, says Serb blogger Tesic, explaining that, first, Hungary's fence was deemed un-European, but now, the idea of fences is becoming mainstream.

At the same time, the fears of concerned citizens in the Balkans are completely unfounded for one simple reason, argues Tesic: "The refugees don't want to stay here." The blogger is certain that nothing can stop people who've made the long, difficult trek and have made it this far.

EU Commission President Juncker and EU Council President Donald Tusk have called for greater solidarity among member states to address the migrant influx. Tusk warned that infighting has the "chance to destroy" the EU. (27.10.2015)

Germany plans to send police to Slovenia to assist authorities, a German newspaper has reported. Slovenia is struggling to cope with refugees as Croatia diverts the flow of migrants to north. (27.10.2015)