The 22-year-old helped set up the Indian chapter of Fridays for Future, the global climate campaign founded by Swedish teen Greta Thunberg. She faces charges of sedition. 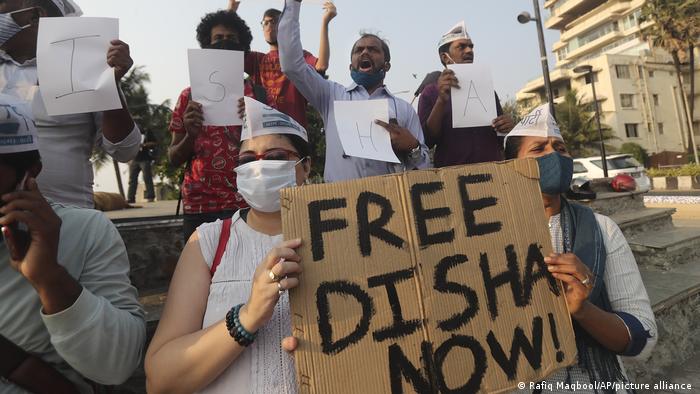 An Indian court on Tuesday granted bail to climate activist Disha Ravi, who was detained on sedition charges for creating a toolkit showing people how to help protesting farmers, particularly online.

The 22-year-old is a founding member of the local chapter of Fridays for Future, the movement led by Greta Thunberg.

New Delhi police arrested Ravi on February 13 in the southern city of Bengaluru.

They accused her of producing and disseminating an action plan that allegedly led to violence during farmers' protests in the capital. Authorities said the "toolkit," which was shared by Thunberg on social media, also spread misinformation about the monthslong demonstrations and "tarnished the image of India." 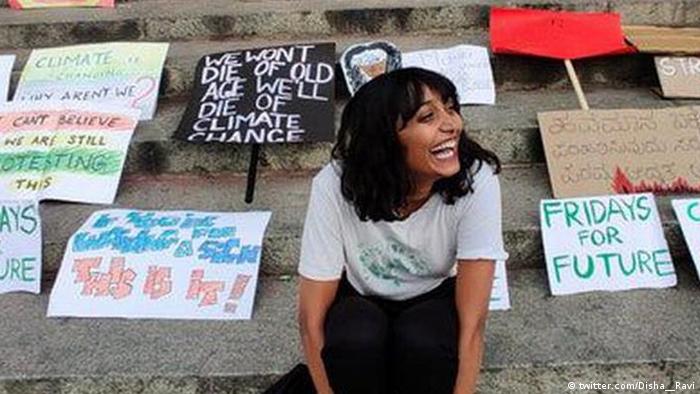 Ravi's lawyer argued that there was nothing seditious about the toolkit, saying it made no mention of violence and was a "resource document" that activists often use for campaigning.

Judge Dharmender Rana told the court there was little evidence to justify keeping the activist behind bars and granted bail, conditional on the payment of two sureties of 100,000 rupees ($1,379; €1,135) each.

"Considering the scanty and sketchy evidence on record, I do not find any palpable reason for keeping a 22-year-old in custody," Rana said.

Ravi's case sparked an outcry in a number of Indian cities, where protests were organized to demand her release.

Tens of thousands of farmers have been camping out on Delhi's outskirts to object to controversial agricultural reforms that they say will hurt their livelihoods and benefit large corporations instead.

The protests have been largely peaceful, but escalated on January 26, India's Republic Day, when farmers on tractors broke through police barricades and stormed the capital's Red Fort.

The social media giant has partially complied with an order from Indian regulators by blocking "harmful content," but has not suspended Twitter accounts belonging to journalists, activists and politicians.