Greta Thunberg under fire for tweeting about Indian farmers' 'toolkit'

Indian police have filed a complaint in connection with a "toolkit" posted by world-famous activist Greta Thunberg. The document shows ways to extend support to the on-going farmers' protests. 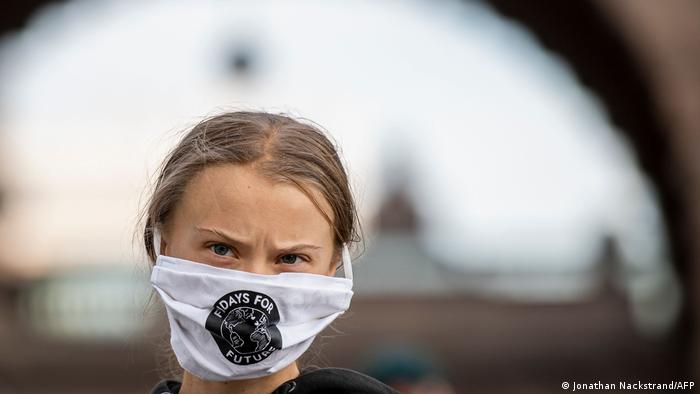 Police in New Delhi on Thursday registered a case against the creators of a "toolkit" that was previously shared online by climate activist Greta Thunberg. The Swedish environmental crusader responded to the backlash by the police saying that despite the "hate", she still supports the widespread farmers' protest in India. She tweeted:

"No amount of hate, threats or violations of human rights will ever change that."

The "toolkit" document shared by Thunberg encourages people to sign a petition which condemns the "state violence" against the protesters. It also urges the Indian government to listen to the protestors rather than mock them. The toolkit also mentions different hashtags to use on Twitter to support the farmers' protests. Additionally, it asks for people worldwide to organize protests near Indian embassies or local government offices on the 13th and 14th February.

The Delhi police perceived the toolkit as a propaganda tool created by an Indian separatist movement. A local police officer said it has apparently been created by the "Poetic Justice Foundation" which allegedly supports a movement to create an independent state in Sikh-dominated regions of India, according to India Today.

Modi's government lashes out at celebrities

Indian news channels initially reported that a police case has been filed against Greta Thunberg. News channel reported that the police complaint included charges of sedition, an overseas "conspiracy" and an attempt to "promote enmity between groups." However, the police was later quoted as saying that its case does not name the climate activist.

Greta Thunberg, US pop star Rihanna and other celebrities were already lambasted by the Indian government for extending their support to the farmers who have been protesting against new agriculture reforms. Their online support was deemed "sensationalist" and "irresponsible" by the Indian foreign ministry.

Tens of thousands of farmers have been protesting near the Indian capital over new laws that they argue will leave them at the mercy of large companies. Demonstrations began in August of last year, and have been marred by bouts of violence.