Bahrain has broken up a terrorist plot to attack diplomats and foreign nationals on its soil, local media and Saudi Arabian state TV has claimed. Authorities purportedly found explosives on a street. 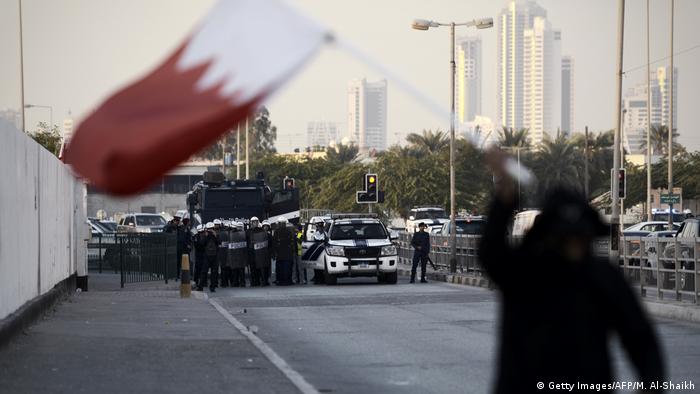 Several militants have been arrested and homes raided in Bahrain as security forces foiled what local media claimed was an Iranian-backed terrorist plot.

The reports did not say when the attack was meant to have taken place, but said a case was being prepared against 18 accused, of which nine are now in Iran.

The Bahrain government and state TV have yet to confirm the arrests, but Saudi TV showed footage of what appeared to be police raiding a property with a hidden passage as well as images of assault rifles and explosives apparently seized in the raid.

A Saudi state TV reporter said the attacks were to be revenge strikes for the US killing of Iranian General Qassem Soleimani this January in a drone strike in Baghdad.

Iranian state media also acknowledged the reports of the Bahraini arrests, but no official commented on them.

A US Navy fleet is based in Bahrain, charged with patrolling the waterways of the Middle East, and officials have worried in the past that they could be potential targets for terrorists.

Meanwhile, the country's Shiite majority has long accused its Sunni rulers of treating them like second-class citizens.

Saudi and Emirati troops helped put down the demonstrations by force.

Washington said the arms embargo against Iran was permanently extended and the US would take action against UN members that didn't comply with the sanctions. European nations called the move "incapable of legal effect."