Just ahead of the German election, CDU MP Karin Strenz has been accused of doing paid lobbying work for the Azerbaijani dictatorship. Chancellor Angela Merkel was due to support Strenz on the campaign trail this week. A German conservative parliamentarian has been caught up in a European-wide lobbying scandal involving the Azerbaijani regime, German daily Süddeutsche Zeitung reported on Tuesday.

Karin Strenz, who represents Angela Merkel's Christian Democratic Union (CDU) in the chancellor's home state of Mecklenburg Western-Pomerania, worked for Nuremberg-based consultancy Line M-Trade in 2014 and 2015, receiving between 7,500 euros and 15,000 euros ($9,000 - $18,000) in both years. 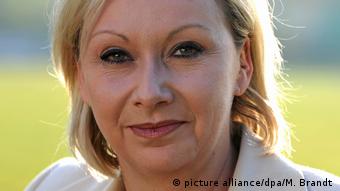 Line M-Trade is owned by Eduard Lintner, a former parliamentarian for the Christian Social Union (CSU), the CDU's Bavarian sister-party, who has been a lobbyist for Azerbaijan since his retirement as an MP in 2009.

As the SZ noted, Strenz has shown a noticeably friendly attitude to Azerbaijan in her political career.

Her personal website features a photograph of her standing alongside President Ilham Alyev, and in 2015 she was the only German delegate on the European Council to vote against a resolution calling on the country to release political prisoners.

What is the 'Azerbaijan Laundromat' scandal?

An investigation published in a number of European newspapers on September 4 showed that another Lintner-owned concern, the Berlin-based lobby group Society for Promoting German-Azerbaijani Relations (GEFDAB), received a total of 819,500 euros between 2012 to 2014 from offshore companies run by Azerbaijan's ruling Aliyev family.

Transparency International ranks Azerbaijan as 123 from 176 in it corruption index, adding in its country profile: "As with many authoritarian regimes, Azerbaijan is characterized by the large concentration of power in the hands of the ruling elite, which blurs the line between business and politics." 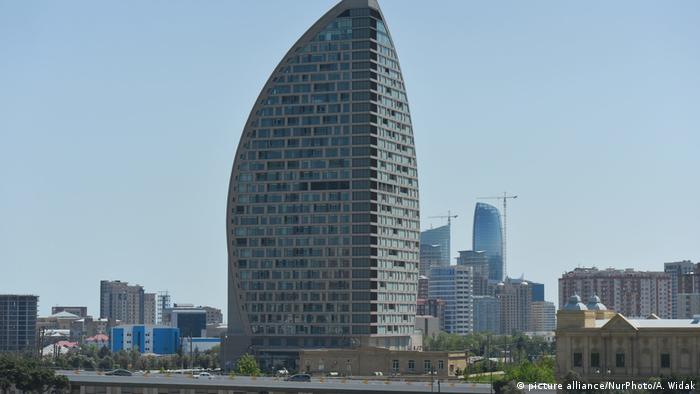 Azerbaijan is considered a particularly corrupt country by Transparency International

What is the German connection?

The payments to Lintner were part of the "Azerbaijan Laundromat," a European-wide money-laundering and lobbying scandal revealed earlier this month by a collection of newspapers together with the Organized Crime and Corruption Reporting Project (OCCRP). It showed that the Azerbaijani government invested $2.9 billion between 2012 and 2014 into gaining influence with lawmakers throughout the European Union, using shell companies in Britain to funnel the money.

Lintner's work on behalf of Azerbaijan had already been publically questioned: particularly a payment of 61,000 euros that GEFDAB received in 2013, two weeks after Lintner led a German delegation to observe the Azerbaijani presidential election. Lintner's verdict was that the vote met "German standards," even though official observers found "significant problems" with President Aliyev's victory.

But Tuesday's revelation is the first time that a serving German MP, Strenz, has been caught up in the scandal, and the timing is embarrassing for Merkel, as she campaigned alongside Strenz in the coastal town of Wismar on the same day. 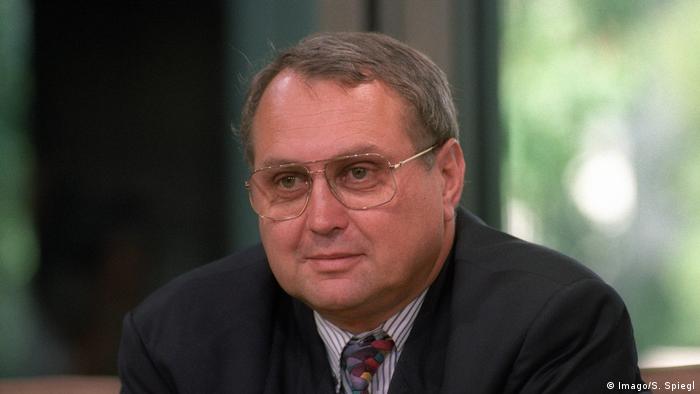 What is behind the latest allegations?

There is also some suspicion hanging over a company Strenz founded in 2014 – Extent GmbH, officially registered as a consultancy for "national and international clients" covering various legal and economic affairs. Extent does not appear on Strenz's official Bundestag site, because she passed on her shares to her husband Kurt a few months after its founding, the Süddeutsche Zeitung reported. Neither Strenz or Lintner responded to a DW request for comment.

Ulrich Müller, of German parliamentary transparency campaign group LobbyControl, said Strenz needed to answer a number of questions. "First, there is a transparency problem – she is using a loophole in the additional income rules for MPs by passing on ownership [of Extent] to her husband," he said.

"And then there is the question of whether the payments from Line M-Trade have some sort of connection to Strenz' parliamentary activities on the issue of Azerbaijan," he added. "Then we'd come to the question of an initial suspicion of bribery – which is fairly serious. Nothing has been proved, but she should now make clear what exactly she did." 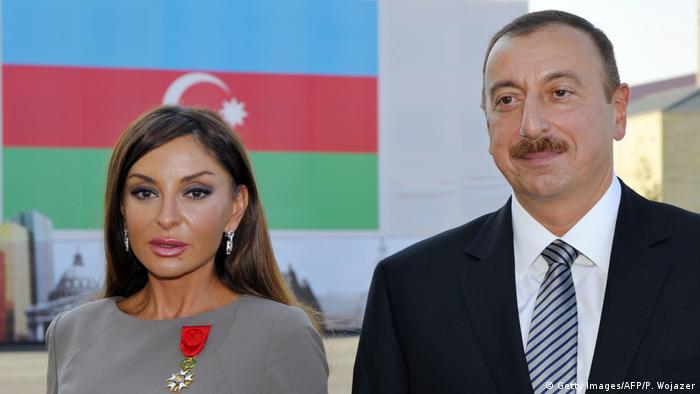 Ilham Aliyev succeeded his father as president of Azerbaijan in 2003

Another significant cloud is what exactly Line M-Trade does. Speaking to German investigative TV show Report Mainz this week, Lintner admitted, "The company was founded by me at the suggestion of Azerbaijan. Line M-Trade served exclusively to transfer agreed sums of money from Azerbaijan to Germany, in order to finance activities."

For Müller, this is a significant admission. "If the purpose of Line M-Trade really was just to transport money, then the company clearly doesn't have its own business," he said. "Then there would be the question: what kind of consulting work Mrs. Strenz could actually have provided? It can't have been advising the company." Strenz has so far not responded to any media requests for comment on what her work for Line M-Trade consisted of.

"The questions now are: how far did this go into German politics, into the CDU and CSU? There is a longer debate going on now about Azerbaijan's image maintenance in the European Council," Müller added. "This is certainly very controversial at the moment."

Müller also added that the case highlighted the need for better regulations in Germany to shed light on "lobby firms and their ties to politicians." "This lack of transparency makes it easier for authoritarian regimes to build networks with former and active politicians," he said.

Inside Europe: Caviar diplomacy with the Azerbaijani Laundromat