Citizens of the former Soviet republic have voted in favor of constitutional changes extending President Ilham Aliyev's grip on power. Rights groups said the referendum was a ploy to consolidate Aliyev's family's rule. 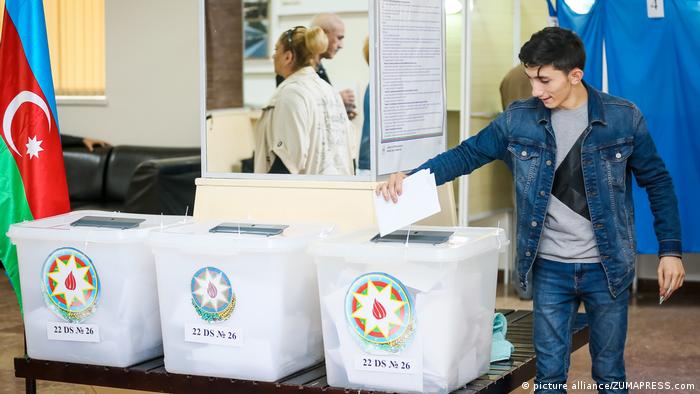 More than 91 percent of voters polled to approve constitutional amendments that extended the president's term in office from five to seven years, with 72 percent of the ballots counted. The turnout was around 70 percent, head of Azerbaijan's Central Election Commission, Mazahir Panahov, told journalists early on Tuesday.

The official referendum results will be announced by October 21.

The changes in the constitution included introducing a new position of a vice president, who would replace the prime minister and rule in the president's absence.The president would be able to call snap leadership polls at an time and easily dissolve parliament.

The referendum also approved scrapping the minimum age of 35 for standing as president, which critics saw as President Ilham Aliyev's attempt to pave the way for his children, Leyla, 32, Arzu, 27 and Heydar, 19, into politics. 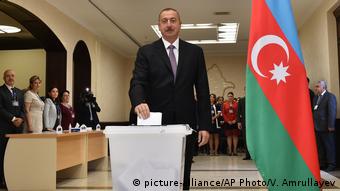 Opposition groups and rights organizations also criticized the proposed constitutional changes ahead of the ballot. Constitutional law experts at the Council of Europe said the draft modifications "would severely upset the balance of power" in the country and give President Aliyev "unprecedented" authority.

Rights watchdog Amnesty International said the amendments could lead to violations of the right to freedom of association. It also said that Monday's referendum was "accompanied by arrests and intimidation."

Ilham Aliyev took over the reins as Azerbaijan's president when his father Heydar Aliyev, who had led the country since it was a Soviet republic, died in 2003. Ilham Aliyev won a landslide victory in 2013 in a vote which OSCE observers criticized as not up to democratic standards.

Azerbaijan's ruling party won an outright majority in Sunday's election, cementing President Ilham Aliyev's hold on power. But international observers had refused to monitor the vote due to restrictions by authorities. (01.11.2015)

Residents of the Caucasus country have been voting on changes to Azerbaijan's constitution which would give more powers to President Ilham Aliyev. Opposition and rights groups say the proposed changes are undemocratic. (26.09.2016)