Azerbaijan: autocracy in an oil paradise | World | Breaking news and perspectives from around the globe | DW | 19.05.2012

Oil is central to Azerbaijan. The former Soviet Republic, in which the Eurovision Song Contest is due to take place at the end of May, is one of the richest countries in the region - but it is also an autocracy. 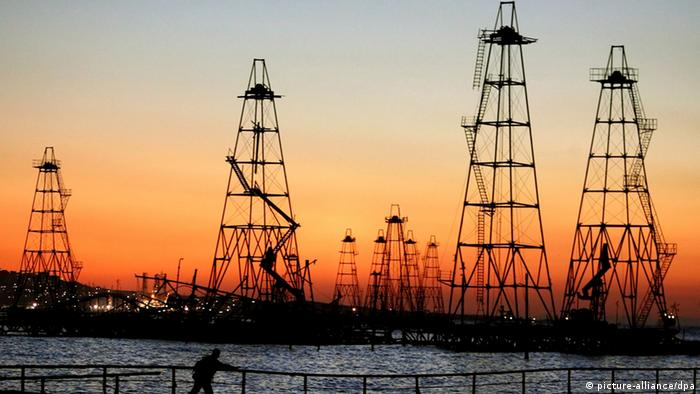 If it takes a lot of money to put on a good show, then Azerbaijan is surely well-equipped. When the Azerbaijani duo Ell & Nikki triumphed at the Eurovision Song Contest (ESC) in Düsseldorf in 2011, it meant this year's ESC final would take place in Baku on May 26. The event is a welcome PR exercise for the country, which up to now is probably best known for its oil reserves. It will be one of the most expensive shows in the history of the contest. 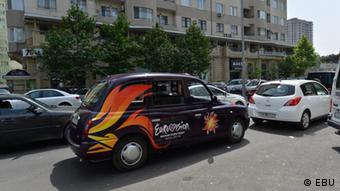 The Eurovision Song Contest is a welcome PR event for Azerbaijan

Oil production in Azerbaijan began over a century ago when the region was still part of the Russian czardom, and Azerbaijani oil reserves are estimated at 14 billion barrels. Since the country gained independence in 1991, western companies have profited massively from these.

With the so-called "Century Contract" agreed in 1994, Azerbaijan allowed dozens of oil companies, including giants such as BP and Exxon, to exploit the oil fields in the Caspian Sea. According to official figures, around $20 billion (15.7 billion euros) were invested in Azerbaijan in 2011 alone.

"The contract was first and foremost about political aims and attracting western firms to Azerbaijan, which was then heavily influenced by Russia," said Alexej Vlasov, editor-in-chief of the Moscow new agency Vestnik Kavkasa. New oil and gas pipelines would have allowed Azerbaijan to practice independent politics in the post-Soviet region, explained the expert. 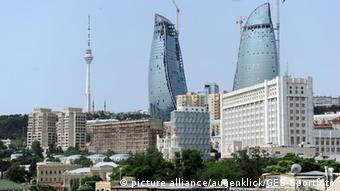 New skyscapers and apartment blocks are springing up all over Baku

The wealth of the country, just a little larger than Austria in size, can be seen everywhere in the capital Baku, where construction work seems to be in progress at every street corner. The two million residents of the city are themselves astounded at the pace of development of its streets, bridges and new buildings.

But the lion's share of oil profits is pumped directly back into the oil industry. In contrast, other economic sectors remain underdeveloped, said Farhad Medijev from the Azerbaijani Caucasus University in Baku. "We have money, but we're missing humanitarian capital," he said.

Those in the nine-million-strong Azerbaijani population who have a job in the oil industry can count themselves lucky. Their monthly salaries are comparable to those in western European countries – between 900 and 1,800 euros a month net ($1,100 - $2,200). But average wages in Azerbaijan are much lower – around 75 euros ($95) a month.

Young people such as Valerija see the country's development as a positive change. The 27-year-old works as a manager for a US project in Baku. She says that with a good education you can find a good job and she does not want to see a return to Soviet times. Meanwhile, the 52-year-old Marat doesn't want to see Azerbaijan enter a confederation in the post-Soviet region. "I always hated the socialist system," he said.

But Marat is still critical of contemporary life in Azerbaijan. "Our potential is similar to Kuwait, but our standards of living are ten times worse," he said, blaming the political system that has dominated Azerbaijan for decades. 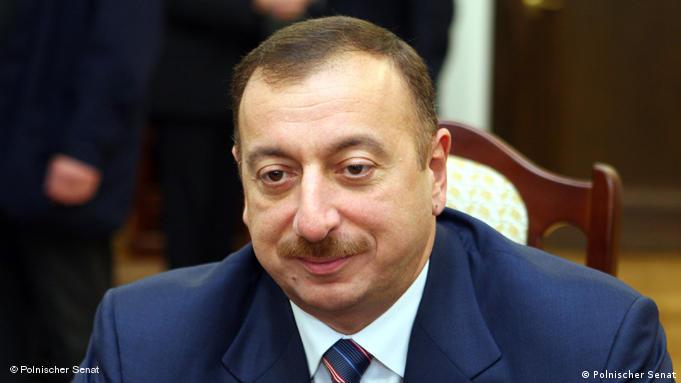 President Ilham Aliyev has governed Azerbaijan since 2003, having inherited the post from his father

In a democracy index produced in 2011 by a number of experts from a British publishing group, Azerbaijan came in at number 140 on a list of 167, and was classed as an "authoritarian regime."

Azerbaijanhas been ruled by the Aliyev family for almost 20 years. Former Soviet KGB boss Geydar Aliyev was president of the country between 1993 and 2003. When he became sick, his son Ilham took his place, prompting critics call to it an "inherited autocracy." Human rights organizations such as Amnesty International have reported the imprisonment of several opposition politicians and journalists.

In 2011 alone, 136 people were estimated to have been harassed by the state for their political views, and three of these were murdered. That was revealed at the end of March, when the Green Party made an official information request to the German parliament. Meanwhile, human rights activists want to use the Eurovision Song Contest to draw attention to the lack of democracy in the country.

A further important issue will be raised in conjunction with the ESC in Azerbaijan: Nagorno-Karabakh. The small enclave in the South Caucasus in which the majority of the population is Armenian broke free from Azerbaijan in the early 1990s. Around 25,000 people died in the bloody war between Armenia and Azerbaijan.

The current ceasefire is fractured, and the border to the self-proclaimed Republic of Nagorno-Karabakh is continually under fire. Every attempt to find a solution to the conflict has so far failed. At the beginning of March, Armenia said it would not be participating in the ESC, because they see Azerbaijanis as an enemy.

The grand finale of the Eurovision Song Contest takes place in the Azerbaijani capital Baku on May 26. Here's our round-up of social media sites for fans to follow the ESC action. (18.05.2012)

The Eurovision Song Contest will be taking place in Azerbaijan at the end of May. Human rights activists want to use the event to bring international attention to democratic shortfalls in the country. (17.05.2012)

Azerbaijan ahead of Eurovision

Baku gears up for Eurovision

The UK takes a blast from the past into Baku