The chancellor of Austria has said the 2007 Lisbon Treaty is no longer fit for its purpose and needs some rejigging. One of his demands will not go down well in France. 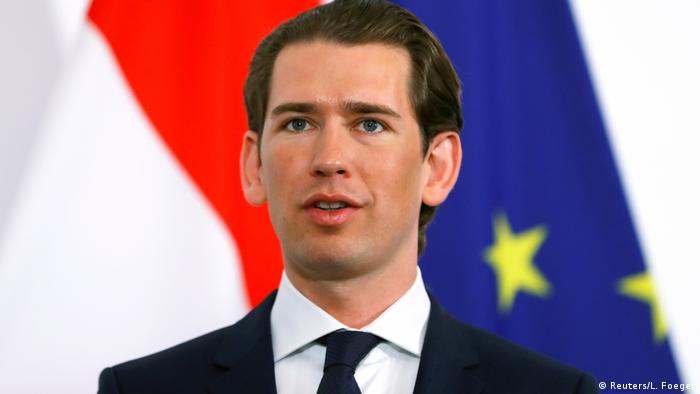 Austrian Chancellor Sebastian Kurz said Friday that the national governments of the European Union should renegotiate the bloc's foundational treaty to better deal with the challenges facing the continent.

"A new treaty is needed with clearer sanctions for members who run up debts, punishments for countries that wave through illegal migrants without registering them, as well as tough consequences for breaches of the rule of law and liberal democracy," Kurz said in an interview with Austrian newspapers.

"Much had changed" since the 2007 Lisbon Treaty, he said, citing the bloc's "debt crisis, euro crisis, migration crisis, climate crisis" and "Brexit chaos."

The chancellor said any reform, which would require all 28 national governments' approval, should include an end to the practice of holding European parliamentary sessions in both Brussels and the French city of Strasbourg.

"He who demands reforms must also be prepared to make them where it hurts," Kurz said.

The Austrian leader also called for a greater emphasis on EU foreign policy and cutting down the size of the European Commission, with fewer senior Commission posts apportioned on a rotating basis. Each national government currently has the right to appoint its own commissioner.

The Lisbon Treaty, signed in 2007, took six years to negotiate and nearly failed to go into force when an Irish referendum voted the agreement down. Only after the treaty passed a second poll could it go into effect in 2009. Negotiations for the EU deal consumed much of the bloc's attention for half a decade and were accompanied by years of European navel-gazing.

The 32-year-old head of the conservative Austrian People's Party (ÖVP) has been in a coalition with the far-right FPÖ since 2017.

His comments come weeks ahead of elections to the European Parliament. Polls predict gains for far-right, populist and anti-EU parties across the continent.

"We don't want to hand over the EU to the extreme fringes on the left or right, instead we need a strong politics of the center," he said.