Austrian police free Afghan migrants sealed inside back of truck

Police in Vienna have found two dozen young Afghan refugees locked in the back of a truck in Vienna. The men had been hiding in an air-tight compartment and risked suffocation, authorities said. 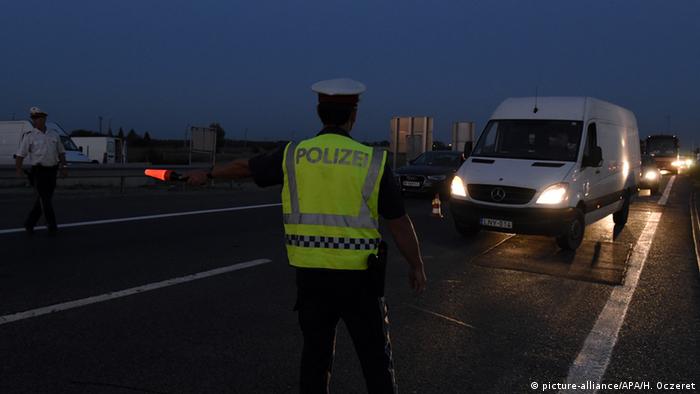 Austrian police discovered two dozen Afghans in the cargo hold of a truck stopped in Vienna, authorities said late Tuesday. The truck is believed to have come from Hungary.

According to police reports, the Romanian driver fled as police officers approached but was later apprehended.

"It was like a rolling prison cell ... they were crammed in, sitting and standing on top of each other," Thomas Keiblinger, a spokesman for the police in Vienna told the Reuters news agency. "They would not have made it too much further."

The young men appeared to have only traveled a short distance and were in good health but might not have been able to extricate themselves had police not intervened, officials said.

The discovery comes just days after 71 refugees - believed to have been Syrians - were found suffocated to death in the back of an abandoned poultry truck in Austria.

Police have since stepped up patrols and spot checks, especially on routes from neighboring Hungary. This comes as an unprecedented influx of refugees stream into Austria and Germany.

Most are fleeing war-torn Syria, Afghanistan and poverty in African states and have reached Europe via Turkey and the Balkans.

Armenian PM marches through capital, warns of 'coup' 4h ago