Thousands of refugees arrive in Germany

Record numbers of asylum seekers have arrived in southern Germany, including Munich where volunteers rushed to help. Protests erupted at a Hungary train station after authorities stopped people heading to western Europe. 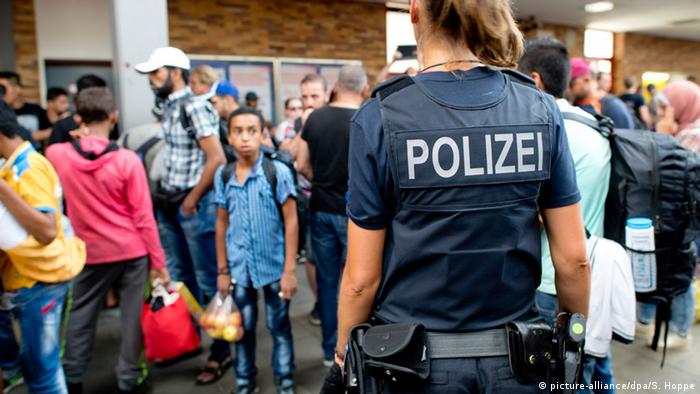 Police in Germany have recorded a record number of arrivals into the southern state of Bavaria - 3,500 people in the hours between 0600 UTC Monday and 1230 UTC Tuesday. Many of them arrived at Munich's main train station, where they were greeted by residents holding signs reading "refugees welcome" and offering them aid.

DW reporter Ben Knight was on hand at the station, speaking to new arrivals and locals who had come to greet them.

"Thank you Germany," some of the new arrivals shouted as they got off a train. Munich's police said they were "thrilled" with the donations and on Tuesday afternoon told people not to bring any more supplies for the time being, because what they had was sufficient.

Germany is the target destination for many of the thousands of people fleeing war and poverty in countries like Syria, Iraq and Afghanistan. The country expects to receive about 800,000 asylum seekers this year. But the massive influx has put a strain on European Union asylum policies.

Last week German authorities said they would waive a key European Union procedure for Syrian refugees - the so-called Dublin rules which state that asylum seekers are required to be registered and make their applications for asylum in the first EU state they arrive in. That means that refugees from Syria who arrived in Germany would not be sent back to other EU states even if they had first arrived there. 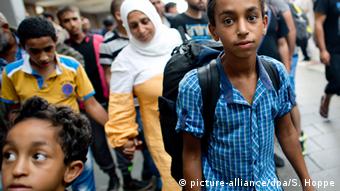 The move prompted criticism from other countries, principally Hungary and Austria, who demanded for Germany to clarify its position on migration.

"Germany has not suspended Dublin. Dublin rules are still valid and we expect European member states to stick to them," a German Interior Ministry spokesman said Tuesday. Angela Merkel also addressed the issue on Tuesday, saying Germany's new approach to Syrian applicants was born out of necessity; Merkel said Berlin had simply sought a solution to cases where the Dublin rules had not been upheld in other countries.

Chanting the words "Freedom" and "Germany," hundreds of people who hoped to catch trains from Budapest's Keleti station to Austria and Germany where they hoped to seek asylum, protested on Tuesday against Hungarian authorities' decision to suspend rail traffic.

The sudden shutdown came after many had spent hundreds of euros on tickets and despite the fact that Hungarian authorities had allowed thousands of people through over the weekend without checks. Now, only people holding the necessary visas would be allowed to pass. 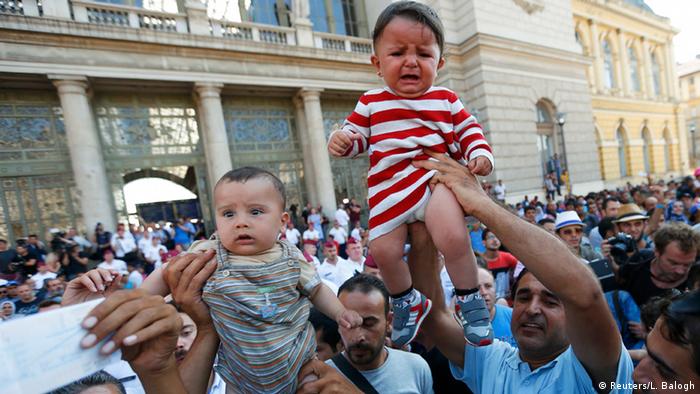 "If you deny them - although they have a paid ticket - and you don't let them get on board, you push them right into the hands of smugglers," William Lacy Swing, director general of the International Organization for Migration, told The Associated Press. "So they get into vans and into trucks and they die."

Last week, police in Austria found 71 people dead in a truck, apparrent victims of suffocation who had been abandoned on a highway by human traffickers. Five suspects have been arrested.

Officers inspected vehicles entering Austria in search of people smugglers and migrants on Monday and Tuesday, leading to long traffic backlogs at the border.

Meanwhile , the EU's Frontex border agency has reported a surge in the trade of fake Syrian passports. Those fleeing the war in Syria have a high chance of gaining asylum in the European Union. "People who use fake Syrian passports often speak Arabic. They may come from North Africa or the Middle East but they have the profile of economic migrants," Frontex chief Fabrice Leggeri told French radio station Europe 1.

German Chancellor Angela Merkel has pressed other European Union nations to do more to share the burden of this year's influx of migrants. Germany has taken more asylum-seekers than any other EU country. (31.08.2015)