Italy has been clamping down on anti-social or unwanted behavior in its tourist centers. In Trieste it involved a hammock, in Venice a camping stove and a cup of coffee by the ancient Rialto bridge. 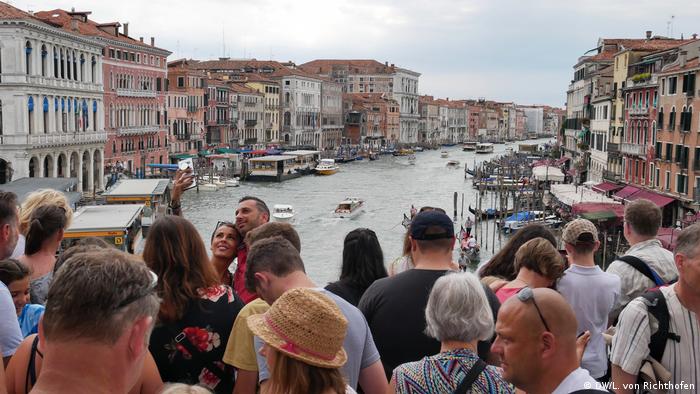 An Austrian tourist was fined €300 ($340) after taking a siesta in a hammock in the Italian city of Trieste this week.

The 52-year-old man had hung the hammock between two trees and thus broke city rules on green spaces that prevent the attachment of anything to vegetation. He also caused disruption to locals as they went about their daily lives.

A police spokesperson told Deutsche Welle: "The man, a 52-year-old Austrian, had set up a hammock blocking part of a pedestrian passageway on the Trieste seafront. We're talking about a promenade where people take leisurely walks. He blocked a pedestrian path and took a nap."

Failing to heed the warnings from upset locals: "The local police of Trieste intervened by enforcing municipal regulation concerning public green spaces. It's a regulation that concerns all public heritage and green spaces of the city," the spokeswoman continued. 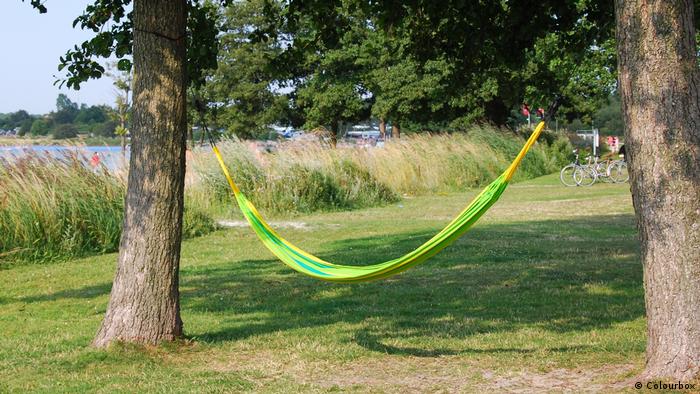 A hammock protest has been called for the weekend

"It's not normal that someone goes to the street and sets up a hammock, even if there are trees," the spokesperson pointed out.

A group called the Free Hammock Collective is calling for people to hang their hammocks in the maritime neighborhood of Barcola for an hour on Saturday evening as part of a flashmob demonstration.

"We don't know anything about the protest. We've only heard reports from local media that people are possibly organizing a flashmob," the spokesperson confirmed.

Not everyone was in agreement with the fine or hammock restriction. Former Trieste mayor Roberto Cosolini mocked authorities in a Facebook post: "Fortunately, my passion for Mexico and its hammocks led me to assemble a comfortable Yucatan hammock at home,” he wrote.

"So I can relax with a cerveza or daiquiri without taking any risks. Joking aside, maybe you can start by explaining, especially to the foreign tourists in a welcoming city, what the rule is and invite them to respect it."

Meanwhile, in Venice a German couple were fined €950 ($1070) on Friday for preparing coffee with a small cooker by the ancient Rialto Bridge, recently renovated at the cost of several billion euros.

Mayor Luigi Brugnaro said: "Venice must be respected and those louts who think they can come into the city and do whatever they want must understand that they will be caught, fined and expelled."

Venice has imposed an entry fee for day-trippers , and also engaged 15 local stewards to monitor the city, and prevent anti-social behavior such as jumping in the canals.

The stewards are seen as assistants to police and have the authority to impose fines of up to €300 for flouting one of the more serious rules brought in by the local authorities to stop loutish, or dangerous, behavior.

Fire in Venice is one of the major threats to a city which may be on water, but has all of its foundations made out of wood.

A group of mountain researchers hiked the length of the Alps this summer, retracing a similar trek 25 years ago. Much has changed since then, especially when it comes to the environment. (21.09.2017)