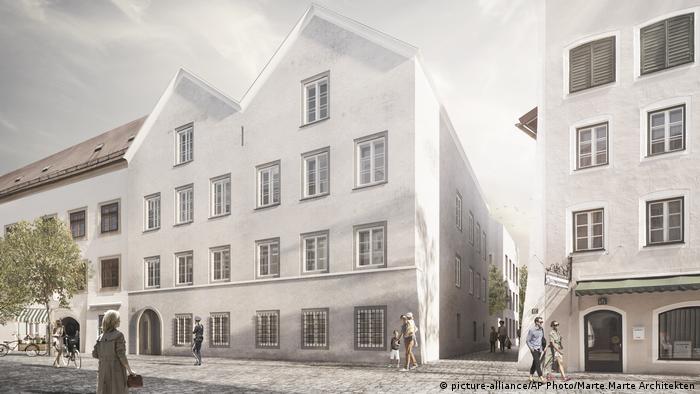 The Austrian government revealed the winning plan to redesign Adolf Hitler's birth house on Tuesday, with the yellow building set to become a police station.

The move follows decades of debate over what to do with the building in the northern Austrian town of Braunau am Inn where Hitler was born in April 1889 and spent the first months of his life.

"A new chapter will be opened for the future from the birth house of a dictator and mass murderer," Interior Minister Karl Nehammer said at a press conference.

"It is the most appropriate use [for the building]. Why? The police are the protector of fundamental rights and freedoms," Nehammer said. 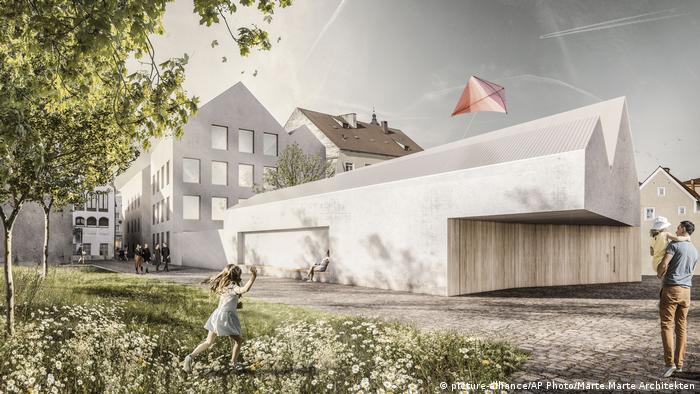 Architects hope the design will help neutralize the site, so that neo-Nazis are no longer drawn to it

Austrian architecture firm Marte.Marte. beat out 11 other competitors with their simple, modern redesign for the building. The plans, however, do not tamper with the substance of the original building, but give it a fresh facade.

The government expects the refurbishment project will be completed by early 2023 and that the project will cost around €5 million ($5.6 million).

There is currently little to indicate that the yellow corner house in Braunau am Inn was the birthplace of the man who would rise to become the leader of Nazi Germany, trigger World War II and carry out the Holocaust.

There are no plaques, save for an engraved rock in front of the house that reads: "Fascism never again" but does not mention Hitler by name.

Interior Ministry official Hermann Feiner noted that the rock will be moved to a museum and that the design is meant make the building political neutral and deter Neo-Nazi visitors.

"The neutralization of this whole location was ultimately at the heart of this result," Feiner said, noting that the term "neutralization " references the architectural design.

Although he only lived in the building a short time, Nazi sympathizers from around the world continue to visit the property.

In early 2017, the government expropriated the building from its private owner, triggering a long legal battle over compensation which ended last year.

The Austrian government previously considered a range of proposals for the building, including possibly demolishing it, but faced pushback from historians.

Austria, which was annexed by Germany in 1938, has been slow to acknowledge the role it played in rise of Nazism and its shared responsibility of the Holocaust. There are few reminders in everyday life about that chapter in Austria's history.

On May 8, 75 years ago, the Germans surrendered and WWII was over. Yet, even right until the end of the war, Germans were still going to the movies, enjoying films commissioned by the Nazis. (07.05.2020)