Fifty people flew 16,200 kilometers from New York to Sydney in a Boeing 787-9 Dreamliner. The plane flew with maximum fuel and limited passenger and cargo loads to ensure it could go the distance. 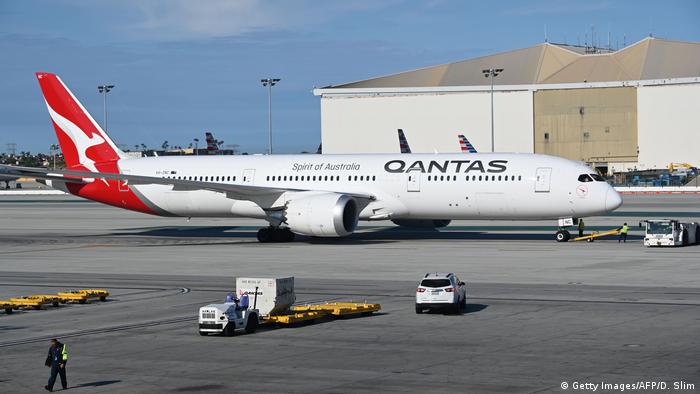 With 50 passengers and crew members on board, the test flight departed from New York's John F. Kennedy International Airport and flew 16,200 kilometers (over 10,066 miles), landing at Sydney's Kingsford Smith Airport.

For the flight, the airline repurposed a new Boeing 787-9 Dreamliner with maximum fuel and limited passenger and baggage loads, as well as no cargo, to ensure the aircraft's uninterrupted flight.

"The purpose of the record-breaking flight is to conduct scientific research on passengers and crew on an ultra-long-haul flight, with the aim of increasing health and wellness, minimizing jetlag and identifying optimum crew rest and work periods," Qantas said.

Forty passengers including Qantas executives, scientists, researchers and journalists were accompanied by 10 crew members aboard the nearly 20-hour flight. The four pilots on board also wore devices that tracked their brain waves and alertness.

The crew members took a number of measures to ensure passengers, who all flew business class, adjusted to the destination's time zone as quickly as possible. These steps included special exercises and stretches, stringently scheduling meals designed to wake passengers up, like prawns with chili and spicy cod, and instructions given to passengers to not fall asleep for at least six hours, wrote Angus Whitley, a Bloomberg journalist in his account of the flight.

Carbon emissions produced by the flight will be offset by measures to reduce greenhouse gases, Qantas said.

Two more test flights will be conducted before the end of the year in anticipation of the airline's planned launch of commercial flights connecting the Australian cities of Sydney, Melbourne and Brisbane with London and New York by 2022.