A 104-year-old Australian scientist said he resented the fact he had to leave his native Australia to end his life. But voluntary euthanasia advocates are hoping to change that for future generations. 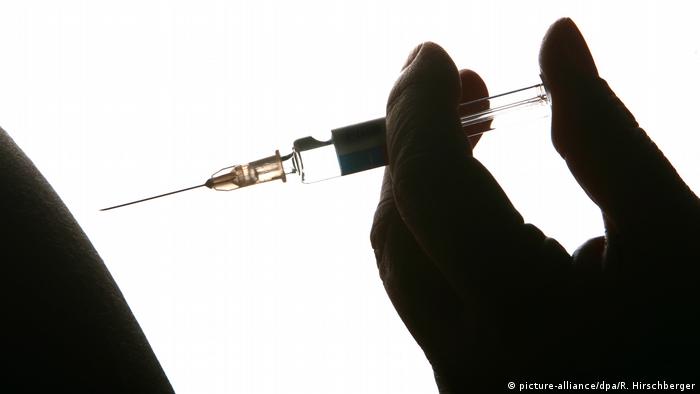 David Goodall, Australia's oldest scientist, left his country late on Wednesday to end his life in Switzerland at the age of 104.

Earlier this week, Goodall told local broadcaster ABC that he resented the fact that he could not die in his native Australia due to federal regulations that outlaw voluntary euthanasia and assisted suicide.

"I don't want to go to Switzerland, though it's a nice country," Goodall said. "But I have to do that in order to get the opportunity of suicide which the Australian system does not permit. I feel very resentful."

Goodall, an honorary research associate at Edith Cowan University in Perth, was hospitalized earlier this year after a failed attempt to take his own life. Although he does not have a terminal illness, he has argued that his quality of life has deteriorated sufficiently to merit voluntary euthanasia.

"I am 104 years old, so I haven't got much time left anyway. I might as well not have it getting worse and worse, making me unhappy as it goes," Goodall said, referring to his health.

A GoFundMe campaign raised more than 20,000 Australian dollars (€12,500, $15,000) to support his travel to Switzerland. Philip Nitschke, who heads the voluntary euthanasia advocacy organization Exit International, said in a tweet that the funds will also help offset other costs related to the procedure.

Voluntary euthanasia and assisted suicide is banned in most countries across the globe, including Australia. But euthanasia advocates have urged authorities to rethink their position.

In Australia, Exit International has campaigned for the "fundamental human right for every adult of sound mind to be able to plan for the end of their life in a way that is reliable, peaceful and at a time of their choosing."

Victoria became the first Australian state last year to legalize assisted suicide, but its provisions only apply to terminally ill patients with a life expectancy of six months or less. The law is expected to go into effect June 2019. Other states, including New South Wales, are expected debate the subject later this year.

Goodall is expected to end his life on May 10 after a short stay with family in Bordeaux, France. The Basel-based assisted suicide agency Life Circle is expected to carry out the task.

Every year, many terminally ill patients opt to go to Switzerland to end their lives. Medically assisted suicide is legal there under certain conditions. Why do people choose this route when palliative care is available? (15.11.2016)