What's in a name? A lot if the name's euthanasia. Doctor-assisted suicide has been a legal gray area in Germany for years, leaving lots of room for debate, but serious discussion gets lost in the emotional wordplay. 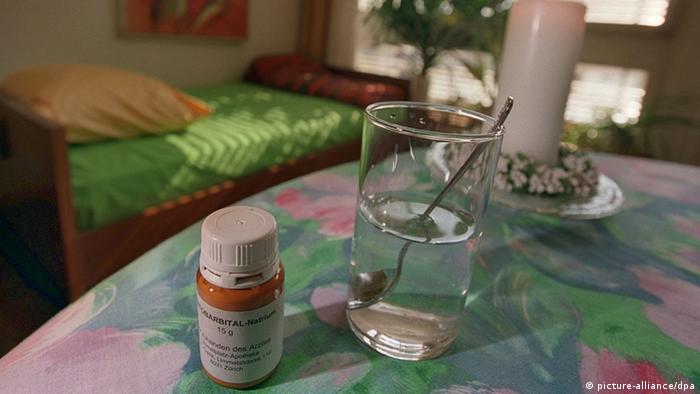 With no single law on the books to protect the right to death with dignity, doctor-assisted suicide is a topic of regular debate in Germany. Politicians and religious leaders opposed to such legalized measures regularly bring up the last time euthanasia was employed Germany-wide as a matter of policy: in the forced killings of up to 200,000 people with physical and mental disabilities by the Nazis. On the other side - often represented by liberal politicians, doctors and advocates for patients - the word euthanasia is never really mentioned.

Euthanasia means "easy death" in Greek. In English, Webster defines it as "killing hopelessly sick or injured" people or animals to prevent suffering or "taking less-than-complete medical measures" to keep them alive and create further suffering. Relatively few countries have enshrined protections for such practices that require varying degrees of doctor involvement: Switzerland, the Netherlands, Belgium, Luxemburg, Colombia, parts of the United Kingdom and a handful of US states all allow for some generally well-supervised form of the practice; Canada's top court ruled that a ban on assisted suicide was illegal earlier this year, but granted the government 12 months to figure out a policy for implementation. And calling the practice euthanasia has proved for the most part uncontroversial in those places, but the word has emotionally strong historical connotations in Germany.

The Swiss legislature voted to permit assisted dying for the willing in 1942 - three years after the Nazis next door had killed their first children with lethal injections and gassed their first Poles to death without their consent. And Switzerland even allows foreigners from countries where assisted suicide is not permitted; more than a few Germans have hopped the border to end their lives.

"The comparison of assisted dying with the atrocities of the Third Reich is not only false: It is the defamation of all those people who were murdered under the perverse ideology of the Nazis," said a representative of the Switzerland-based Dignitas group, which advocates for dignity at life's end. "The comparison diminishes the injustices committed against these people. Assisted dying has nothing to do with murder, and also not with the killing of people against their will, and certainly not with ideology. Assisted dying is the self-determined, autonomous choice of a competent person to end his or her suffering." 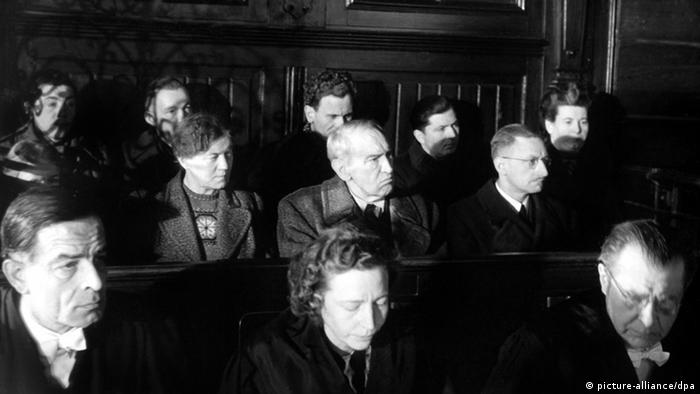 Several people were convicted of having participated in Nazi "euthanasia" programs

A bit of history

In 1939, the Nazis killed the first children deemed unworthy of life. The law required midwives and doctors to inform authorities of children with disabilities. Summaries of cases were submitted to a medical panel that, with just three votes, could decided which children to kill with a lethal injection. The program soon expanded to include adults with mental or physical disabilities and, like Germany, expanded over historical national borders. By 1941, more than 70,000 people had been officially euthanized and unofficial killings using the same logic and methods - injections, gassing - left more than 200,000 people dead by the end of World War II in 1945.

That is what the Nazis meant by euthanasia, and it is also one of the first associations with the word that many in Germany have: mass government-ordered killings rather than an individual decision to end one's suffering with a doctor's help. The four countries immediately bordering Germany offer assisted suicide, but a set of parameters must be met first. The Netherlands, for example, requires the patient to have no other reasonable option. In Luxemburg, the suffering, physical or mental, must be "constant and unbearable." Belgium lets children decide to end their pain - but they still require permission from their parents. In those countries, the term euthanasia is used freely but somberly, a denotation rather than a slur.

In Germany, however, the word remains taboo. "The purpose seems to be to disparage advocates of assisted suicide," Wega Wetzel, the press spokeswoman for the German Society for Dying With Dignity (DGHS), wrote in an email to DW. "Those who accuse others of advocating euthanasia are consciously and purposefully asserting that people will be forced to die, killed against their will, or even that life and life unworthiness will be judged. We assisted-dying advocates are completely opposed to this defamation: We represent the autonomous right of patients to, after thorough consideration and of their own volition, decide against mere further survival."

On Monday, Josef Schuster, president of the Central Council of Jews in Germany and a member of the ethics committee of the national medical association, said that "seriously ill and elderly people should not be pushed to commit suicide." Advocates of assisted dying would agree, but the two sides' different viewpoints remain irreconcilable.