Australian Archbishop Philip Wilson has been charged with covering up sex abuse by another priest during the 1970s. He maintains his innocence and has refused to resign from his role as archbishop in South Australia. 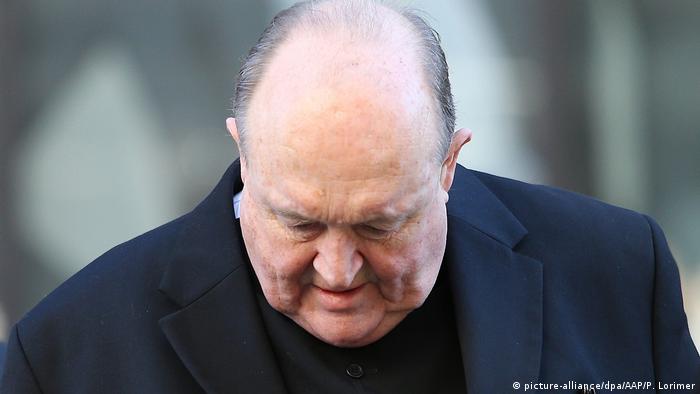 Australian Prime Minister Malcolm Turnbull on Thursday called for Pope Francis to fire archbishop Philip Wilson, who has been convicted of covering up child sex abuse.

"He should have resigned, and the time has come for the pope to sack him," Turnbull told reporters in Sydney ahead of a meeting with senior Catholic officials.

"There are many leaders that have called on him to resign … and I think the time has come now for the ultimate authority in the church to take action," Turnbull said.

Wilson, 67, is one of the most senior Catholic Church officials to be convicted and was found guilty of concealing abuse by pedophile priest Jim Fletcher during the 1970s. He was sentenced to 12 months' home detention.

Fletcher was found guilty in 2004 of nine counts of child sexual abuse and died in prison in 2006 after a stroke.

Wilson has stepped down from his duties as archbishop of Adelaide in the state of South Australia but has refused to resign pending an appeal of his conviction, prompting Turnbull – who has previously called on Wilson to quit – to turn to the Vatican for help.

The archbishop has continually denied the charges and his legal team has made four attempts to have the case thrown out, arguing the he suffered from Alzheimer's and so should avoid trial.

Police in Chile retrieved documents from church offices in the cities of Santiago and Rancagua. The investigation implicates 14 priests accused of sexually abusing minors. (14.06.2018)

Chilean police have arrested a prominent Catholic priest who is accused of raping seven children. Oscar Munoz Toledo is one of dozens of priests to be implicated in a sex abuse scandal engulfing the country's church. (13.07.2018)