The country's Catholic Church has paid more than quarter of a billion Australian dollars to child sexual abuse victims. An inquiry concluded that, while thousands of claims were made, many victims had not come forward. 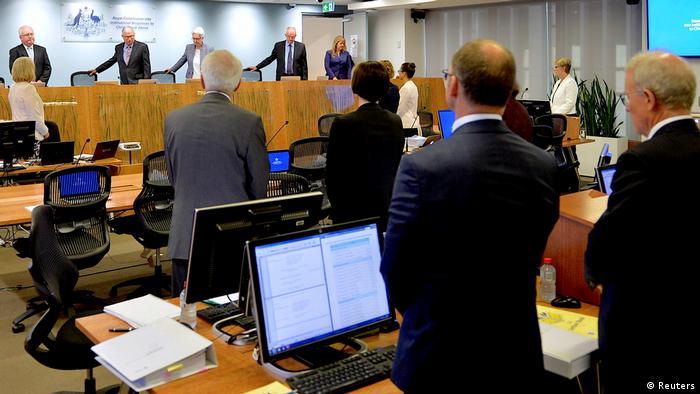 An average of 91,000 dollars each was paid to thousands of victims who came forward with claims to the church, an inquiry was told on Thursday.

Earlier this month, Australia was  shocked by revelation that 4,445 people had made claims of child sexual abuse to the church over the 35-year-period. Of those 3,066 received payments for redress, with hundreds of claims still ongoing.

The Vatican has released a new set of guidelines for seminaries, including measures to protect minors from sexual abuse. Women are also set to take part in seminars as the future clergy must be able to work with women. (08.12.2016)

The French Catholic Church pleaded for forgiveness after months of revelations of sexual abuse by priests. A commission has been set up to determine the extent of abuse. (08.11.2016)

A wide-ranging national investigation in Australia has begun into child sex abuse in state and religious institutions. The inquiry is expected to hear from more than 5,000 people. (03.04.2013)

However, Furness said, the extent of the abuse was likely to go much further than that recorded in church data.

"The total number of incidences of child sexual abuse in the Catholic church institutions in Australia is likely to be greater than the claims made," Furness said.

"The Royal Commission's experience is that many survivors face barriers which deter them from reporting abuse to authorities and to the institution in which the abuse occurred."

Almost half of the complaints were made about abuse within schools, while about a third related to childrens' homes. The Christian Brothers, which operated residential facilities, made the highest number of payments.

The inquiry, which began in 2013, is investigating child sexual abuse in religious, government and sporting organizations, among others. The current set of hearings is focused on the Catholic Church, with the data referring to all complaints made against it.

Victim support groups on Thursday said the wide difference in compensation amounts by more than 1,000 Catholic institutions meant abuse compensation should be managed by the government.

"It's a picture of great unfairness and inequity between survivors across Australia, depending on where they placed their claim," said Helen Last, Chief Executive Officer of the In Good Faith Foundation, which represents some 460 abuse victims.