The Vatican has released a new set of guidelines for seminaries, including measures to protect minors from sexual abuse. Women are also set to take part in seminars as the future clergy must be able to work with women. 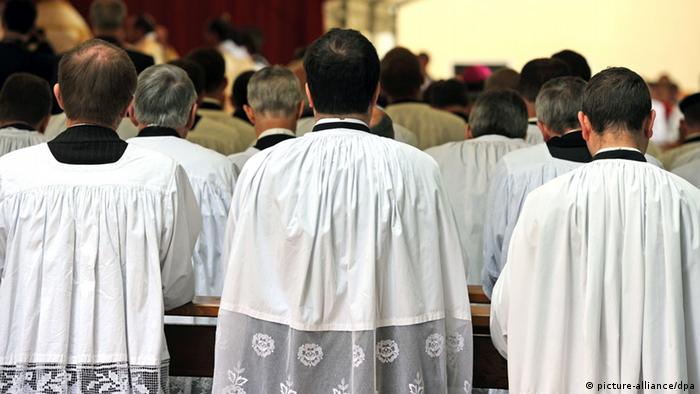 Pope Francis has said that gays deserve an apology from Christians for the way they have been treated. He also said apologies were owed to other groups marginalized by the church, such as women and the poor. (27.06.2016)

The current pope, too, appears to have ruled out women's ordination. Francis says the "last word" on the question was delivered two pontiffs previous, by St. John Paul II, and that he does not foresee any changes. (01.11.2016)

Catholic priests-in-training will soon be required to take part in classes on protecting minors from sexual abuse, according to the Vatican's new seminary guidelines published Thursday.

"The programs include specific lessons, seminars or courses about the protection of youths," the new priest training regulations said, as published by the Vatican newspaper "Osservatore Romano."

When evaluating candidates for priesthood, instructors would have to ensure that potential priests have "not been involved in a crime or problematic behavior in this area."

In the document, the Vatican urges bishops to be "very cautious" when assessing priesthood candidates previously dismissed from other seminaries attempting to enter another theological school.

A greater role for women

Women are also set to play a larger role in the training of priests in the future. The guidelines recommend that women also take part in seminars and university classes with priests as the future male clergy will need to be able to work with women.

The Vatican even recommended that a candidate's ability to interact with and work alongside women should be taken into account when when being considered for the priestly ordination.

Pope Francis, however, has previously said that the church's ban on women priests will most likely continue.

Courses on climate change and environmental degradation will also be required in seminaries in the future. Catholic priests will also be encouraged to use social media, but must undergo training to use Twitter and Facebook in a prudent manner.

Although the new priest training regulations signified some progressive steps for the Catholic Church, the document also reiterated its stance on barring gay men from the clergy.

"Practicing" homosexual men are still excluded from the priesthood, as well as men who have "profound homosexual tendencies or support a so-called homosexual culture," the new guidelines state.

The almost 90-page document, entitled "The Gift of the Priesthood," was released by the Vatican Clergy Congregation, which is responsible for the training of priests. The church last updated its training guidelines in 1985.

The latest version must now be confirmed by the national bishops' conferences.