The provision, which had been given temporarily to all Catholic priests during the "Holy Year of Mercy", will now last indefinitely. The Pope says that abortion is still a "grave sin". 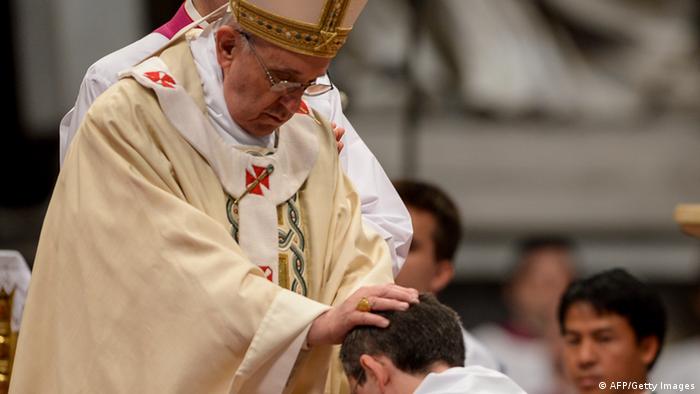 Pope Francis has furthered his vision of a merciful church by extending the right to all priests to absolve women of the "grave sin" of terminating their pregnancy. Previously, only bishops or their delegates were able to grant forgiveness on this issue.

The Roman Catholic leader had given priests this power for the duration of the "Holy Year" which began on December 8, 2015, and ended on Sunday. In a letter on Monday, the Pope made the provision part of Church law.

"There is no sin that God's mercy cannot reach and wipe away when it finds a repentant heart seeking to be reconciled with (God)," he wrote. His letter reaffirmed the Church's position that abortion is "a grave sin, since it puts an end to an innocent life."

Path to rejoining the Church made easier

According to Catholic doctrine, the "sin" of terminating a pregnancy results in automatic excommunication, which can only be reversed through "sacramental absolution". Pope Francis's amendment to Church law will make it easier for women to re-enter the Church after having had an abortion. This is especially true in developing countries where bishops are less likely to delegate the ability to forgive abortion to parish priests.

Pope Francis is widely regarded as less conservative than his predecessors, although he denies the "liberal" label. In addition to reforming the Catholic Church's policy on forgiving abortion, he has acknowledged humanity's role in global warming, encouraged Europe to open its doors to Muslim immigrants, and said that Christianity has been too harsh on gay people.

Contraception is not an "absolute evil," Pope Francis said in response to the Zika outbreak. He also said Donald Trump's plan to build a wall at the US-Mexico border made the US presidential candidate "not Christian." (18.02.2016)