A wide-ranging national investigation in Australia has begun into child sex abuse in state and religious institutions. The inquiry is expected to hear from more than 5,000 people. 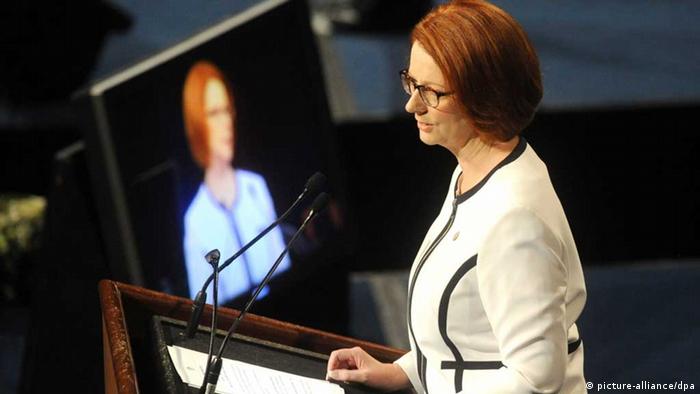 Australian Prime Minister Julia Gillard announced the royal commission last November in response to growing allegations of child sex abuse against the Catholic Church. In September, the Church in the southern state of Victoria admitted to more than 600 cases of children being abused by pedophile priests since the 1930s. However, the inquiry is not specific to the Catholic Church and will cast a wide net over all institutions.

It is being conducted to investigate how widespread alleged abuse has been, but also gain an understanding of how institutions respond to such allegations. It will look into all institutions that work with children, including those run by the government, other religious groups and non-profit organizations.

The inquiry opened in Melbourne on Wednesday, with its chairman, Justice Peter McClellan, announcing that it would hear "serious and shocking allegations." He said at least 5,000 people would give evidence, but the actual number could be much higher. Public hearings are expected to start in several months.

An interim report is due in June 2014, and a final deadline in late 2015, but McClellan said the commission was unlikely to achieve this timeframe.

"Part of the task given to us ... is to bear witness, on behalf of the nation, to the abuse and consequential trauma inflicted on many people who have suffered sexual abuse as children," he said.

"For the individuals who have been traumatized, giving an account of their experiences can be an important part of the recovery process."

"The task we have is large, the issues are complex. But we are now in a position to actively begin the work of gathering the stories and examining the responses of institutions," said McClellan.

However, she added: "The royal commission is not a court and does not decide criminal cases."

Gillard said the investigation would require Australia to face up to "uncomfortable truths."

"This is an important moral moment for our nation," she told the national broadcaster, the ABC.

"When I established this royal commission, I understood that it was going to require our whole country to stare some very uncomfortable truths in the face," she said.

What is a royal commission?

In Australia, a royal commission is a special type of government-commissioned inquiry, chaired by notable figures as such senior judges, and which has special investigative powers bound by the commission's terms of reference. In the past, state and federal royal commissions have investigated and made recommendations on major issues, such as Aboriginal deaths in custody, and Australia's worst-ever loss of life from bushfires, in the state of Victoria in 2009. Witnesses can be compelled to testify, and risk imprisonment for lying.