Numbers of the vulnerable duck-billed species, unique to Australia, have dropped by more than a fifth since 1990. Extreme droughts linked to climate change threaten the platypus' existence, scientists have warned. 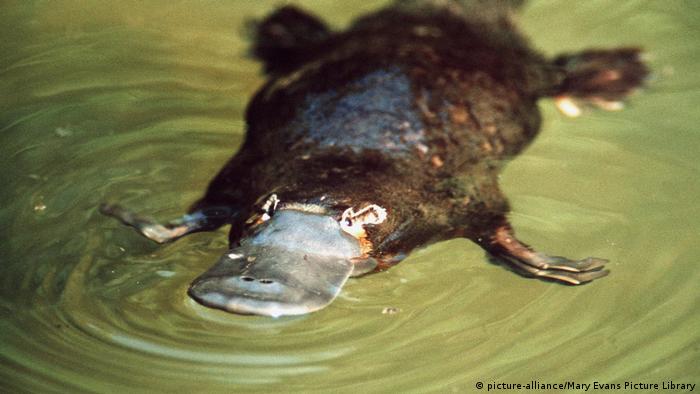 Scientists have called for the Australian native platypus to be listed as a "threatened species" after a report found the habitat of the semi-aquatic duck-billed mammal  had shrunk by up to 22% over the past 30 years.

Researchers from the University of New South Wales (UNSW) said severe drought brought by climate change, land clearing for farming and dam building are to blame.

"The platypus continues to face ongoing threats across its range. Unsustainable water extraction and land clearing will continue to put pressure on freshwater ecosystems and drive future declines in the future," lead author Gilad Bino said Monday, adding that increased severity and occurrence of bush fires is also likely to have contributed to the platypus's decline.

The beaver-tailed, webbed-feet platypus live mostly across Australia's eastern coast, close to rivers and streams. They cannot live outside water. As Australia dries further, their habitat could get even smaller, the scientists warned.

Richard Kingsford, director of UNSW's Centre for Ecosystem Science, said that platypus populations "will disappear from some of our rivers without returning, if rivers keep degrading with droughts and dams."

Read more:'Wildfires are climate fires': How to talk about climate emergency, global heating

Currently, the platypus is listed as "near threatened" by the International Union for Conservation of Nature, but it is not listed as threatened under Australia's Environment Protection and Biodiversity Conservation Act.

Changing its listing would prioritize its monitoring and "also mean an increased focus on what we can do to improve the situation," Kingsford said.