People on a working holiday Down Under are set to pay a tax of 15 percent on their income. This after the government in Australia retreated from a proposed rate more than twice as high. 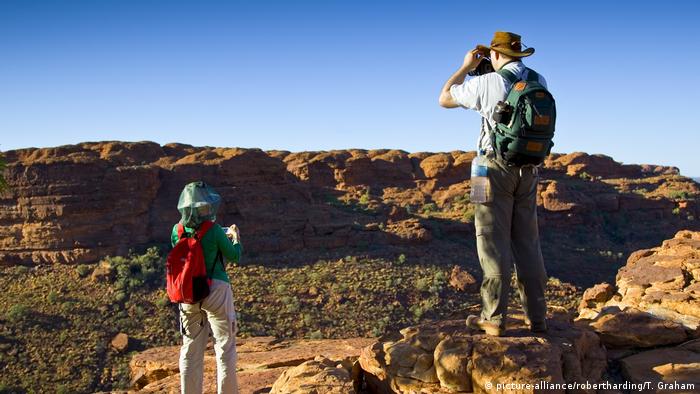 Australian lawmakers have reached a compromise that will see foreign backpackers pay a 15 percent tax on earnings when they are on a working holiday.

This followed an uproar from farmers when the government announced plans for a 32.5-percent tax from the first dollar of income. Bloggers and others pointed out that an Australian would have to earn around 35,000 dollars (25,000 euros) to be taxed at this rate, far more than a typical backpacker earns.

Rural lawmakers forced the government to backtrack, arguing the tax would drive up costs and make it hard to find seasonal workers. The government first dropped the proposed rate to 19 percent before reaching the 15-percent compromise after an opposition Labor Party counter-proposal in the Senate of 10.5 percent.

"I've forced the (government) to a 15-percent backpacker tax and Labor to a position of 10.5 percent  - the future looks bright for farmers," independent Tasmania Senator Jacqui Lambi, one of the most vocal opponents of the backpacker tax, tweeted after the compromise was announced.

The agreement nevertheless means a tax increase for most backpackers. Previously, working visitors, like residents, paid no tax on their income up to 18,200 dollars, a level few exceeded.

Australian agriculture relies on foreign backpackers to pick fruit. Currently, people under 31 from 19 countries are eligible for a working holiday visa. If they work in rural parts of the country, they may extend the three-month visa for another year.

Around 600,000 backpackers visit Australia each year, with many staying for several weeks or months. For many, agricultural work is key to financing the journey.

Australian media reported that uncertainty surrounding the new tax proposal, which would have taken effect January 1, had already led to reduced visitor numbers and labor shortages.

The government is expected to introduce the relevant legislation this week.

Australian authorities have located a German backpacker who went missing nearly two weeks ago in the country's northeast. The 26-year-old traveller said he survived the ordeal on a diet of the Outback's finest insects. (07.03.2014)