Australian authorities have located a German backpacker who went missing nearly two weeks ago in the country's northeast. The 26-year-old traveller said he survived the ordeal on a diet of the Outback's finest insects. 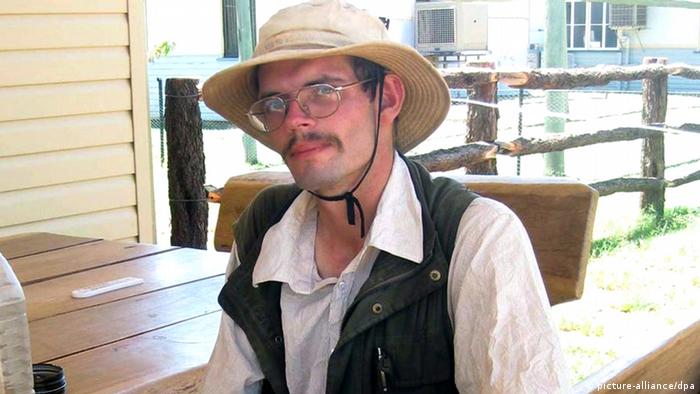 "If you hadn't heard it with your own ears - and my officers have - you certainly wouldn't believe it," police inspector Mark Henderson told the Australian Broadcasting Corporation (ABC), recounting the finding of a missing German tourist who had been hiking across Australia to reach Uluru, commonly known as Ayer's Rock.

A motorist located Daniel Dudzisz on Thursday some 10 kilometers (6 miles) outside of Windorah, Queensland. The town lies over 1,000 kilometers inland from Australia's eastern seaboard. Police had been tracking Dudzisz's movements with the help of local residents who spotted the German native as he made his 4,000-kilometers journey to the heart of Australia's Outback.

Roughly two weeks ago, local authorities became concerned when reports of his whereabouts stopped after he had departed from Windorah across floodwaters in the direction of Jundah. They swept the area twice, first with motorbikes, then with aerial assistance.

After the missing backpacker was picked up on Thursday, Dudzisz told he police he had spent 10 days stranded on a piece of land left untouched by the floodwaters of the Barcoo River.

The 26-year-old German native suffers from diabetes and is insulin-dependent. He told police that when his provisions had run out, he had resorted to eating insects.

"He was making jokes that you never get hungry in the Australian Outback because you can eat so many [types] of protein-rich flies," Henderson told broadcaster ABC.

The two-week setback to Dudzisz's hike didn't deter him from continuing his Outback adventure. After recounting his tale of survival to Australian authorities and refusing medical treatment, the backpacker resumed his journey west toward the heart of the continent. Dudzisz was last seen at the remote town of Mt. Isa nearing the border of the Northern Territory.

"What I enjoy about the walking most is just how much closer nature feels when you cross and experience it like this…And all the little unexpected encounters and adventures that tend to accumulate along such a journey," Dudzisz told the website Warego Watchman in February.